Harry S. Truman once said, “Not all readers are leaders, but all leaders are readers.” It’s no secret that the majority of CEOs of Fortune 500 companies read an average of four to five books per month. Check out some of the top books on CEO lists.

From Wall Street to Main Street, John Brooks, a longtime contributor to the New Yorker, relates 12 classic and timeless tales of corporate and financial life in America.

What do the $350 million Ford Motor Company disaster known as the Edsel, the fast and incredible rise of Xerox, and the unbelievable scandals at General Electric and Texas Gulf Sulphur have in common? Each is an example of how an iconic company was defined by a particular moment of fame or notoriety; these notable and fascinating accounts are as relevant today to understanding the intricacies of corporate life as they were when the events happened.

Stories about Wall Street are infused with drama and adventure and reveal the machinations and volatile nature of the world of finance. John Brooks’ insightful reportage is so full of personality and critical detail that whether he is looking at the astounding market crash of 1962, the collapse of a well-known brokerage firm, or the bold attempt by American bankers to save the British pound, one gets the sense that history repeats itself.

Lords of Finance by Liaquat Ahamed

It is commonly believed that the Great Depression that began in 1929 resulted from a confluence of events beyond any one person’s or government’s control. In fact, as Liaquat Ahamed reveals, it was the decisions made by a small number of central bankers that were the primary cause of the economic meltdown, the effects of which set the stage for World War II and reverberated for decades.

After the First World War, these central bankers attempted to reconstruct the world of international finance. Despite their differences, they were united by a common fear – that the greatest threat to capitalism was inflation – and by a common vision that the solution was to turn back the clock and return the world to the gold standard. For a brief period in the mid-1920s, they appeared to have succeeded. The world’s currencies were stabilized, and capital began flowing freely across the globe. But beneath the veneer of boomtown prosperity, cracks started to appear in the financial system. The gold standard that all had believed would provide an umbrella of stability proved to be a straitjacket, and the world economy began that terrible downward spiral known as the Great Depression. 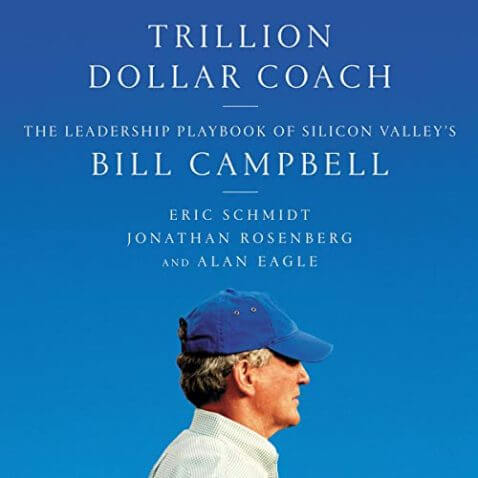 Bill Campbell played an instrumental role in the growth of several prominent companies, such as Google, Apple, and Intuit, fostering deep relationships with Silicon Valley visionaries, including Steve Jobs, Larry Page, and Eric Schmidt. In addition, this business genius mentored dozens of other important leaders on both coasts, from entrepreneurs to venture capitalists to educators to football players, leaving behind a legacy of growing companies, successful people, respect, friendship, and love after his death in 2016.

Based on interviews with more than 80 people who knew and loved Bill Campbell, Trillion Dollar Coach explains the Coach’s principles and illustrates them with stories from the many great people and companies with which he worked. The result is a blueprint for forward-thinking business leaders and managers that will help them create higher performing and faster moving cultures, teams, and companies.

Thou Shall Prosper by Rabbi Daniel Lapin

“Step one in the process of increasing your income is to begin wrapping yourself around these two related notions: 1) You are in business and 2) the occupation of business is moral, noble, and worthy.” (Page 19 of Thou Shall Prosper)

The concepts that he teaches are based on ancient Jewish tradition and culture. Rabbi Lapin’s language is clear, straightforward, and challenging from the moment you pick up his hearty discourse. (Review posted by Ben Wallis of Actionablebooks.com).

The Ascent of Money by Niall Ferguson

“If the financial system has a defect, it is that it reflects and magnifies what we human beings are like. Money amplifies our tendency to overreact, to swing from exuberance when things are going well to deep depression when they go wrong. Booms and busts are products, at root, of our emotional volatility.” ― Niall FergusonFerguson’s biography of finance, told with verve and insight, throws more light on our predicament than perhaps even he realizes.

The Ascent of Money charts the rise of money from clay tokens passed around the villages of Mesopotamia 5,000 years ago to flickering numbers on a foreign exchange screen. Yet, it also reminds us that money represents a relationship of trust. Ferguson argues persuasively that the development of money has gone hand in hand with the development of modern societies, by quickening transactions, loans, and investment. (Review posted by The Telegraph, writer unknown)

“This is not a book for the wild-haired crazies your company keeps in a corner. It is a book for you, your boss, and your employees because the best future available to us is a future where you contribute your true self and your best work. Are you up for that?” ― Seth Godin,

Linchpin: Are You Indispensable? In our society linchpins are those individuals that hold things together. Yes, organizations might succeed or thrive for a while without them. Still, eventually, as pressure is applied and structures are tested, things will fall apart. Mr. Godin clearly illustrates that we are in a critical time of history. The age of cogs and factories worked for a while, but everything has changed. A new breed of worker and leader is now required. People who are linchpins are creative, good at connecting with others, and able to see solutions like no one else. As Seth Godin explains this concept to his readers, he turns their minds upside down in order to convince them that they are in some way capable of being one. He quotes Woodrow Wilson in his argument that we get exactly what we focus on. In the end, we wind up with drones that do what they are told. (Review posted by John Bergquist on Huffington Post)

The Art of Possibility by Benjamin and Rosamund Stone Zander

“Money has a way of showing up around contribution because money is one of the currencies through which people show they are enrolled in the possibility you are offering.” (Page 173)

The Art of Possibility offers a set of breakthrough practices for creativity in all human enterprises. Infused with the energy of their dynamic partnership, the book joins together Ben’s extraordinary talent as a mover and shaker, teacher, and communicator and Rosamund’s genius for creating innovative paradigms for personal and professional fulfillment. (Review posted by Qiao Li of Norwich Business School)

“Success comes to those who have an entire mountain of gold that they continually mine, not those who find one nugget and try to live on it for fifty years. To become someone who can mine a lot of gold, you need to keep repeating the process of good thinking.”- John C. Maxwell

Dr. Maxwell calls reflective thinking “the Crock-Pot of the mind. It encourages your thoughts to simmer until they’re done.” While he didn’t call it “reflective thinking” at the time, John (in one of his Maximum Impact monthly audio teachings) clearly was describing this concept when he said, “Experience is not the best teacher — evaluated experience is. Reflection turns experience into insight.” Everyone has experienced — very few people have evaluated experiences. (Review posted by Todd L. Herman)

“The goal isn’t to make the ‘perfect’ decision about money every time, but to do the best we can and move forward. Most of the time, that’s enough.” – Carl RichardsThe book discusses how we can improve our behavior with respect to money as the title of the book suggests. It strikes me as I am also a victim of my own irrational behavior with money and as such, I find the book is a timely reminder not to follow the herd concerning investing and how I manage my money. People like to hear advice on how to get rich quick and easy with the least of hard work while this book highlights the importance of hard work and slow and steady investing. Not exciting but in my own humble opinion, it is the truth and the earlier that we accept it, the better our lives would be. (Review posted by Calvin on Business Management Book Reviews).

The Richest Man In Babylon by George S. Clason

By 1927, several pamphlets had been compiled into a book. Ever since then, this collection has been in print. In short, The Richest Man in Babylon is a series of financial parables. These stories are set in ancient Babylon and relate the story of a Babylonian regular guy who used some basic financial sense and built up a great deal of wealth. What’s so great about that, you ask? The stories are laid out like Aesop’s fables: each story has a concrete point or two that becomes apparent from reading and digesting the message. These points are basic tenets of how to get ahead financially at any time, not just in Babylonian times or in the 1920s. (Review posted by Trent Hamm on The Simple Dollar)

One Up on Wall Street by Peter Lynch

“During the Gold Rush, most would-be miners lost money, but people who sold them picks, shovels, tents, and blue-jeans (Levi Strauss) made a nice profit. Today, you can look for non-internet companies that indirectly benefit from Internet traffic (package delivery is an obvious example); or you can invest in manufacturers of switches and related gizmos that keep the traffic moving.” – Peter Lynch

This book proves that successful investing can be achieved by almost anyone, given the right tools and mindset. I would like to give a quick review of this must-have, bestseller book on investing, so that you, too, can benefit from it. This book is solid in terms of content and writing style. Lynch has a knack for telling his story with a twist of humor and common sense. He writes in a casual tone that anybody can relate to, and he can make seemingly complex ideas easier to understand. (Review posted on Wealth Lift Blog)

“Winning at money is 80 percent behavior and 20 percent head knowledge. What to do isn’t the problem; doing it is. Most of us know what to do, but we just don’t do it. If I can control the guy in the mirror, I can be skinny and rich.” ― Dave RamseyRamsey debunks the many myths of money, exposing the dangers of cash advance, rent-to-own, debt consolidation. In this book, he further attacks the illusions and downright deceptions of the American dream, which encourages nothing but overspending and massive amounts of debt. “Don’t even consider keeping up with the Joneses,” Ramsey declares in his typically candid style. “They’re broke!” (Review posted by Jared O’Toole on Under 30 CEO)

Against the Gods: The Remarkable Story of Risk by Peter L. Bernstein

“The prospect of getting rich is highly motivating, and few people get rich without taking a gamble.” ― Peter L. Bernstein

The late financial economist was America’s leading philosopher of risk and a wonderful translator of modern finance theory, converting math-heavy ideas into easy-to-understand sentences for everyone.

Against the Gods is a delightful exploration into the evolution of our understanding of probability and chance, filled with reminders that judgment truly matters in the world of finance (as Jamie Dimon, head of J.P. Morgan Chase, learned to his chagrin when the bank’s trader known as the London “Whale” recently lost several billion dollars on speculative bets gone bad). The real return from reading Against the Gods is a far greater appreciation of the importance of managing risk in our financial lives. (Review posted by Chris Farrell on Next Avenue)