It really is true – a friend in need is a friend who needs chocolate. Why, you might ask?  Because that friend could receive a boost of serotonin from eating that little chunk of heaven. That’s right, friends, there is documented proof that chocolate can make you smarter, look younger and stay healthier. We wanted to get to the bottom of why and came up with the top ten reason to eat chocolate, but really, who needs an excuse? 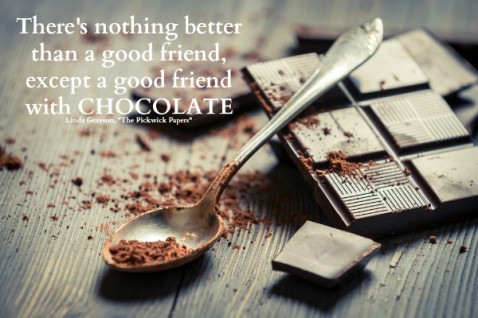 Men, when women say, “I need chocolate,” you might want to pay attention. Studies show that the consumption of chocolate releases endorphins, you know, those funny little things that make people feel better about life. If someone you know is having a bad day – hand them a box of chocolate – it might make your own day go smoother.

A recent study done by Harvard medical professionals reveals that chocolate improves blood flow to your brain. Why solve crossword puzzles when eating chocolate will do the same thing? The good doctors at Harvard recommend drinking at least two cups of hot chocolate a day. We know, that’s a tough pill to swallow, but someone has to do it. (Huffpost)

What? Wait. Chocolate can help you shed pounds? Yup. It’s true. A study done by European doctors reveals that chocolate is more filling than other edibles. It’ll also curb your appetite for consuming fatty, salty foods. Instead of reaching for those chips, reach for a box of chocolate instead. 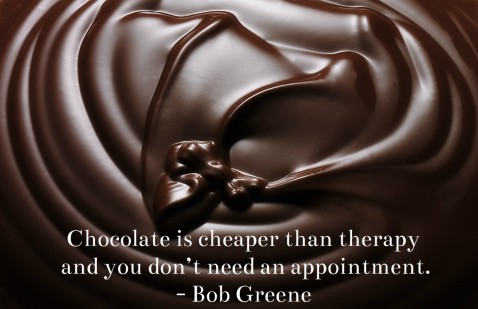 Who knew you could have your chocolate and eat it, too?  A study published by Swedish doctors found that dark chocolate improves coronary vasomotion and reduces platelet reactivity. Translation: Chocolate makes your heart swell. Well, it makes your veins bigger. The study found that two hours after ingesting dark chocolate, the diameter of coronary arteries increased significantly. Those heart-shaped boxes filled with candy definitely have new meaning now!

Chocolate contains flavonoid, something that has nothing to do with flavor and everything to do with blood cells. They’re actually antioxidants that keep blood cells working better and to help the human body repair and resist damage. They can also keep your skin from burning. So save yourself some money on plastic surgery and sun screen – eat chocolate instead.

Those flavonoids not only keep you looking younger, they also help to lower your cholesterol.

7. It acts as a blood thinner

It’s worth a mention that researchers from the University of Chicago believe there’s a link between eating chocolate and drinking water and killing pain. Whether that pain is emotional or physical, eating helps us deal with heartache. The study was conducted on rats, but we are the “rat race” after all, aren’t we?  Moral of the story: Chocolate taste better than aspirin.

9. Chocolate is good for you, really!

It’s often said that a woman craves chocolate when she’s pregnant. Now there’s evidence that she does so because chocolate contains magnesium and iron, two things women need when carrying a child.

So people, the next time you feel like you need chocolate, indulge yourself. Call it medicine, if you’d like, and spread the word!

Disclaimer : Above information should not be considered as medical advice. All information mentioned in this article is curated from corresponding sources and attributed accordingly.