FICO, the creator of the most widely used credit scoring software, announced on Thursday that it will be releasing its newest product very soon. FICO® Score 9 will include three major changes which could potentially impact millions of consumers across America who are currently struggling with certain kinds of debt.

Related article: 9 Reasons Why Some People Have Above Average Credit


What does this mean for you? Don’t worry, we’ve got you covered. We’ve answered the ten biggest questions about the new changes and how they might affect your credit score:

1. What changes have been made? 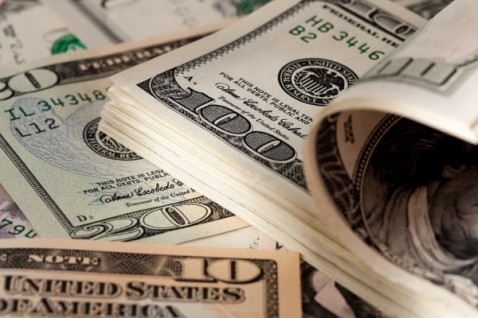 FICO announced that there are three major changes to its latest version of how your credit score gets calculated.

2. How is this different from before? 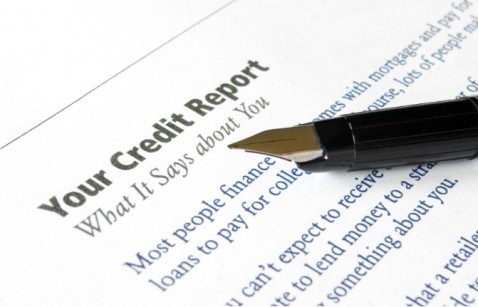 Your FICO score has always been (and will continue to be) calculated based on the information provided in your credit report. Up until now if you have accounts that have gone to collections, those debts have generally been regarded equally, whether they were now paid or unpaid. Even if you have paid the account in full, currently all accounts that have been sent to collections continue to count against you for seven years (similar to bankruptcy filings).

However, with the new version of the calculation, any collection accounts that have since been paid off or settled will no longer count against you when your score is figured. This provides more incentive for the consumer to take care of accounts that have been put in a collection status.

The third change to how your credit score gets calculated will impact those with little or no credit history. Currently when an individual has limited credit history for review, their score is lower which can negatively impact their ability to acquire new credit, and may not be an accurate reflection of their overall credit risk.

3. Why are these changes happening? 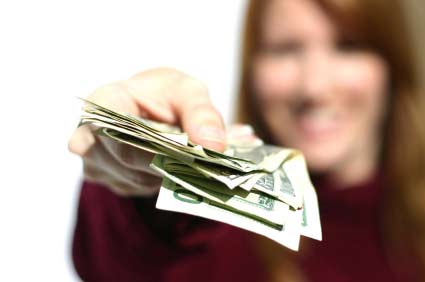 These revisions to how FICO calculates credit scores are coming after lenders and regulators have raised several questions with regards to the fairness of the formula. This comes after several reports from various agencies across the United States further backing up these claims.

Experian, one of the three major credit bureaus in the US, reported in July that there were currently around 64.3 million consumers in our country that had a medical collection on their credit report.

Compare companies like Experian, CreditKarma, and myFICO on our Credit Reporting Reviews page.

In May, the Consumer Financial Protection Bureau released results of a study which shows that Americans are being over-penalized for medical debt that has been sent to collections. The CFPB released these findings and acknowledged that medical debts should be treated differently since they are different than other debt in the sense that a consumer doesn’t usually choose to incur the debt and it is most often a result of unplanned circumstances.

Another common cause of medical debt being sent to collection agencies is due to the fact that many Americans are not aware that they have an amount owed because they were under the impression that their insurance company covered the charges. Oftentimes, disputes between medical billers and insurance organizations result in a negative mark on the patient’s credit report. They may be completely unaware of the fact that there is any problem at all until they get that first collection call.

The Urban Institute recently reported that approximately 35% of Americans have some form of debt that has been sent to a collection agency. The Federal Reserve concurs with these findings and goes further to say that more than half of collection accounts are medically related.

According to the National Center for Health Statistics at the US Centers for Disease Control and Prevention, one in four families struggled to pay medical bills in 2012 with over 1/3 of them saying they had costs they could not afford to pay at all. According to the CDC report, which was released in January of this year, even families who have medical coverage for all members still struggle with medical bills, with 21% of them unable to pay the expenses associated with health care.

4. How will this affect my credit score? 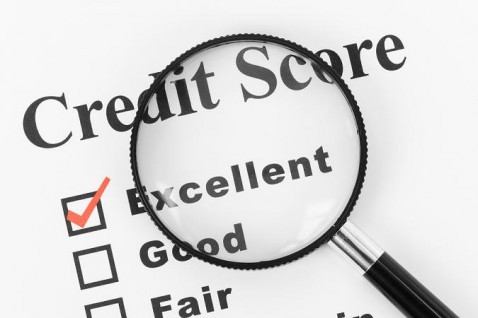 The impact on consumers credit scores will vary based on the types of debt reported in each individual’s credit report. If the majority of your negative marks and unpaid accounts are medically related, you could potentially see an increase in your overall credit score of up to 25 points or more.

If your credit score has been damaged due to unpaid bills that have since been paid off, you could see a much higher increase to your score. According to another recent publication, there are approximately 107 million Americans currently who have a collection account on their credit report, but nearly 10 million of those have no current balance owed. These individuals could potentially see the biggest increase in their FICO Score once the new program goes into effect.

Furthermore, for those consumers who have yet to establish a credit history, they may see some changes to their score as well, putting them in a better position to increase their ability to acquire new credit in the future.

While we’ve got you, learn about the Top 10 Factors That Affect Your Credit Score here.

5. What does this mean for consumers? 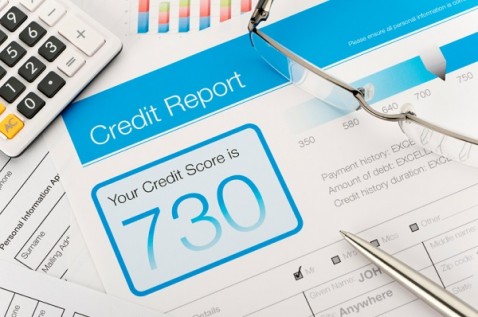 The fact that millions of Americans could see a significant increase in their credit score without having to lift a finger could have a far reaching impact. A credit score increase could qualify many consumers for loans when prior applications may have been denied, or for better interest rates than what they currently have. This alone could save consumers thousands of dollars.

But that’s not all. Anybody who has ever applied for a line of credit knows how important their credit score is. But it is becoming more common these days for landlords to require a credit check before they approve a new tenant, as well as some employers including a credit inquiry along with other pre-employment background checks before they decide to hire an individual. Having an increase in the overall value of their score could open up many new opportunities for individuals.

6. What does this mean for lenders? 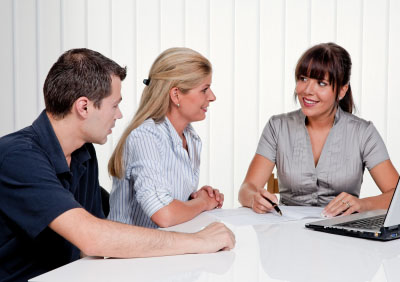 Since the primary purpose for lenders to inquire about an individual’s FICO Score is to attempt to determine what level of risk is associated with offering credit to that individual, creditors benefit from having the most precise calculation available.

The new system of calculating a person’s credit-worthiness is intended to more accurately reflect their current risk level. This allows lenders to be better informed and ultimately more aware of whether an individual is worth the risk of extended credit to.

Additionally, with consumers who were once feeling overwhelmed by debt but now qualify for loan refinancing or other money saving options, lenders may see a reduction in the number of bankruptcy filings that occur each year.

7. When does this go into effect? 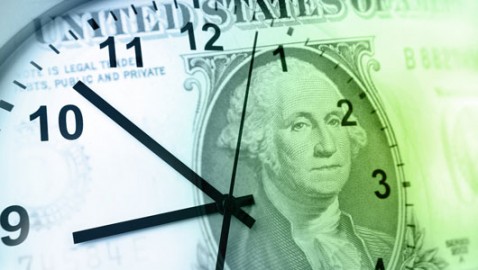 While FICO has announced that this latest version of its calculating software will be available later this fall, it may take months or even years before the consumer gets to feel any of these new benefits. This is due largely in part, because lenders are not required to upgrade to the new version when it becomes available.

FICO recently reported that since its last introduction of a new software version in 2008, about half of their customers had switched to that model. This means that of all the businesses and organizations out there that check an individual’s credit score, only half are currently using the most up to date calculations while the other half are using a version that is at least 10 years old or older.

While the most widely used version of FICO by credit lenders is the FICO 08 version, the majority of mortgage lenders still use the 04 version released 10 years ago. This slow adaptation to upgrades is most likely due to the fact that most banks and lenders like to first analyze what kind of effect the new version would have on their existing portfolio by seeing how it affects others in the industry.

But according to Jim Wehmann, executive vice president for scores at FICO, the newest version FICO® 9 offers too many advantages to lenders that they are more likely to upgrade sooner.”The advances in FICO® Score 9 provide significant incentives for lenders to upgrade from earlier versions of the FICO Score,” Wehmann said.

“U.S. lenders can more consistently and precisely assess new applicants and existing accounts with a more robust credit score built on the most current credit data available, while minimizing operational hurdles associated with adoption and compliance. We stand ready to help lenders make that upgrade as smoothly and quickly as possible.”

FICO is a California based company that provides analytics software and related services. Created in 1956, the organization was originally known as Fair, Isaac and Co before adopting the name FICO in 2009.

FICO is one of the pioneers in the credit rating industry, providing lenders with analytical software that standardizes how consumers are judged when it comes to the level of risk associated with extending them credit.

The FICO score was introduced in 1989 and is the most accepted and widely used method of assessing a person’s credit report today. Amongst all of the US lending decisions being made today, 90% of them are dependent on the borrowers FICO score. Since its original launch 25 years ago, FICO has released 5 revisions, including the new FICO® Score 9 due to be released this fall.

9. How does FICO come up with my credit score? 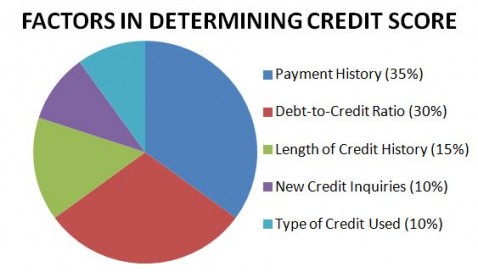 The actual logarithm used to come up with that magic three digit number is a closely guarded secret. After all, the ability to produce these credit scores as accurately as they do is what keeps FICO in business. What we can tell you though, is what factors are involved in determining what your credit score will be.

The largest piece of data that goes into the credit score equation is information with regards to your payment history. Your debt-to-credit ratio is the next largest key item, with your length of credit history, types of credit used and your total new credit inquiries following in importance.

10. Is FICO the only credit score calculator? 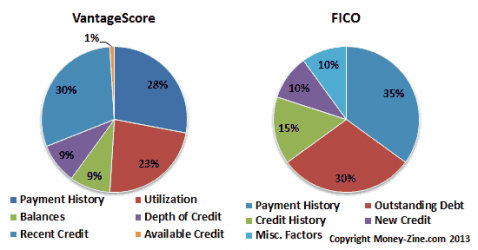 No, there are actually several other organizations that also offer credit score calculations, but none as widely used as FICO. VantageScore was introduced in 2006 as a joint venture by the three major credit bureaus to try to compete with FICO in the credit rating industry. Their initial product produced scores with a range from 501-990, but later adopted the same 300-850 range that FICO uses in 2013.

The concept of not including paid collection accounts when calculating the credit score is one that VantageScore already put in place last year, beating FICO to the punch on this major revision of how credit scores are determined.

Credit scores play a critical role in our lives just about every day, serving as our financial passport to getting the credit we deserve. While these new changes to how the FICO credit score is calculated are widely supported by consumers and lenders alike, it may take months if not years before any of the results are seen in everyday lending.

These new changes will ultimately affect everyone in a positive way, with consumers benefiting by becoming more “credit-worthy” in many situations, and lenders benefiting by having an enhanced result and greater accuracy.