Do you still carry a flip phone, or worse, no mobile phone at all? Are you still dropping off rolls of film at your neighborhood drug store? Change for its own sake is often questionable, but holding on to outdated equipment can be detrimental to your work from home business. You could be creating a less-than-favorable impression with current and potential clients. Worse, you could even be losing money.

Brother, Can You Spare a Laptop? 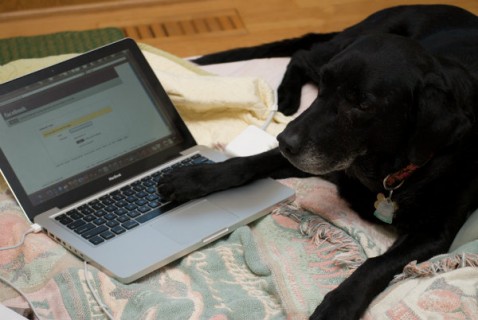 If you are a freelancer or an entrepreneur, email and connections are the lifeblood of your professional career. Back in the day, that meant hanging around your computer for most of your waking hours. When you weren’t staring at a screen, you were pressing the flesh at this meeting or that networking event – and wishing you were back in front of your computer. Invariably, whenever you were away from your computer you often missed some vitally important messages that required an immediate response.

Every time you waste a gorgeous sunny day sitting at your desk for that email message or phone call that never comes represents another lost opportunity to connect with family, friends or that certain someone – either a romantic partner or a potential career game changer. There is really no excuse for this sort of scenario anymore, and current and potential employers would agree. If you don’t have one, get a smartphone. Depending on your cell phone provider, you may even score one for free.

Malware, Trojans and Viruses, Oh My!

After more than a decade, Microsoft declared lights out on Windows XP for April 8, 2014. This is actually the second scheduled farewell for the operating system, which still runs a majority of the world’s computers despite the introduction of Windows Vista, Windows 7 and Windows 8. Customers largely refused to adopt Windows Vista, prompting the software giant to extend support beyond its usual support cycle.

This time around, Microsoft is standing firm, scheduling the last software updates for Windows XP for April 8. The company has thrown die-hard XP users a bone, promising updates to Microsoft Security Essentials and the Microsoft Malicious Software Removal Tool through July 15, 2015. Nonetheless, users with computers still running XP after April 8, 2014 are potentially leaving their machines vulnerable to malware, Trojans, ransomware and other nasty invaders, especially if they have not installed supplemental anti-malware, a third-party firewall or anti-virus software.

Do you handle sensitive or mission-critical documents as a routine part of your work? Hanging on to outdated equipment could put you at serious risk of noncompliance of the Health Insurance Portability and Accountability Act or similar security-related measures. Worse, if an actual data breech occurred and you were found to have been negligent by running out of date software or using obsolete hardware, you could have a HIPAA-fueled lawsuit on your hands. On the other hand, the money you invest to bring all your equipment up to code likely represents a wise investment.

Many newer software programs are designed to be backward compatible. That is, they will work with older versions of themselves. The same often cannot be said for those older versions. As more of your colleagues and clients switch over to newer equipment and software, you’ll soon fall behind, unable to open new files and documents.

Back in the day the saying “a stitch in time saves nine” was considered to be gospel. People darned socks and stitched up loose seams. In the twenty-first century, repair shops are practically extinct. New products are introduced to the market with a predetermined life cycle. Meanwhile, manufacturing costs have been set so low on many items that it is literally cheaper to replace them when they are broken than to attempt to fix them. Cynics call the phenomenon “planned obsolescence.” All you know is that you have to buy a new TV, coffeemaker, microwave — AGAIN.

Nearly everyone has been there. You meet a potentially promising new contact but you are out of business cards. So you scramble to write your contact information on a napkin or a scrap of paper from the program for the day. Not very impressive. The same could be said for sporting a flip phone or worse, no mobile phone at all. You don’t have to sit in line overnight for the latest hot new gadget, but you should give the impression that you are at least familiar with up-to-date technology.

Of course, holding on to oldies-but-goodies provides benefits along with the detriments. The most obvious is that you save money, at least in the short run. In fact, with many items it is perfectly OK to stay with equipment that works. However, there comes a point with nearly every item when the costs of holding on exceed the costs of moving on. Know the difference between financial prudence and stinginess.

The Story of Stuff

If you’re familiar with the “Story of Stuff” series of videos, you know that technology has its dark side. E-waste, exploitation of cheap labor and exhaustion of scarce natural resources go hand-in-hand with that cool new gadget that everyone MUST have. The longer you use the technology you have, the longer it stays out of landfills or open dumps. However, the solution is not to give up on technology, but to generate more consciousness about how things are made, where they come from – and how they are discarded.

Uncle Sam wants you to upgrade your equipment, your office furniture and everything else you need to maintain an efficient effective consulting practice or small business. To facilitate this goal, the IRS allows generous tax deductions for business-related expenses for self-employed individuals and small business owners. By taking advantage of deductions for legitimate business-related expenditures, you can reduce the hit on your pocketbook from that new smartphone, laptop and/or tablet.

When you work from home and are savings-conscious, it might be easy to let the newest technology trends pass you by. But if it’s hindering your business, it’s not worth it.