You’re shopping in the produce aisle at your local chain grocery store when you step on a smashed banana, slip and fall on the hard floor, causing you to break your wrist.

This is an unfortunate accident, but it may also be cause for a personal injury lawsuit against the grocery store.

Personal injury is a legal term that refers to damage caused to the mind, body, or emotions. If you’ve been injured and there is another person or company to blame, you might consider filing a personal injury lawsuit.

He says, “Eight times out of ten you’re looking at negligence. The establishment or person had a duty, and they breached that duty, and now they’re liable.”

There are other reasons for personal injury, including intentional actions, but negligence is the most common, says Walker. Car accidents make up the majority of personal injury suits, so we’ve explored that topic in its own article.

Let’s take a look at some other common reasons why people file personal injury claims and the expenses involved in filing suit. 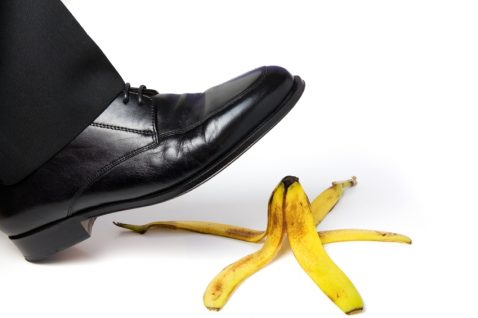 Back to the smashed banana. Slipping on fruit comes under the umbrella of a “slip and fall” injury. “These usually happen in grocery stores,” explains Walker.

“And they are basically all the same. A person slips and falls on something — liquid, smashed food, etc. — and they injure themselves. I’ve represented people with serious injuries caused by a slip and fall, and not so serious injuries.”

Walker says these types of cases rely on the theory of liability: “There was a dangerous condition on the floor and the defendant (store) either saw it or they should have seen it. The third element is that they didn’t act. There was something on the floor, they knew about it, and they didn’t do anything about it.”

This type of case usually takes the form of someone getting beaten up at a bar. Walker explains a typical scenario: “The client goes to a bar or casino or some establishment with drinking. They get out of control and are beaten up by bouncers or security.”

Now, maybe the client was acting like a jerk or even accosting the bouncers. However, the injured patron still may have a case for battery and negligence. This case will be filed against the establishment, which most likely has General Commercial Liability insurance, rather than against the bouncer.

“It was negligent hiring on behalf of the owner,” explains Walker. “You can argue that the owner of the bar didn’t train the bouncer or properly hire their bouncers or security.

The argument is that the bar owner didn’t do their job. A bouncer has no right to break someone’s bones. They should be trained to handle a volatile situation.”

These cases can be difficult, says Walker. “The client was intoxicated, and there is usually video surveillance revealing that. I settled the last two cases like this, and one is marching toward trial. A case like this may be worth $60,000, but you settle for $30,000 because of all the issues.”

The odd part about a wrongful death lawsuit is that the loss suffered is the loss of a relationship, not the death itself. The person who was killed cannot be the client because they have passed away.

“So clients are the children, spouse, etc. and they have suffered the loss of a relationship. The client didn’t officially suffer,” explains Walker.

In one wrongful death suit, Walker represented children of the decedent (deceased person) who was killed in a car accident. He hired several experts to explain why the defendant was liable for the death and settled the case in a confidential mediation.

You’ve been injured – what’s next? 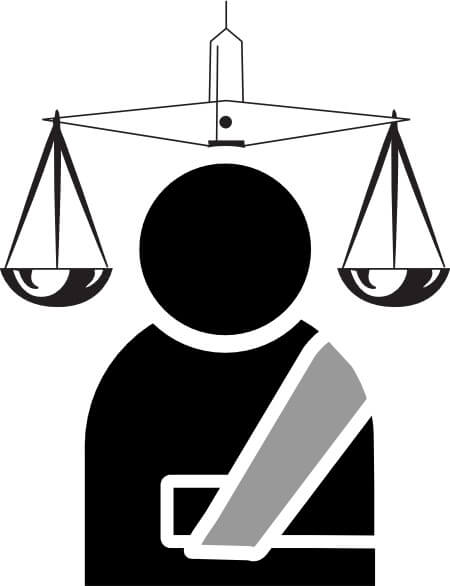 If you’ve had the misfortune of being injured, what should you do?

First, find a personal injury lawyer like Walker and figure out whether or not you have a case.

If he thinks you do, then he will file suit. “Suit is usually filed for the simple reason that you can’t usually get a fair number from the insurance company without that step,” explains Walker.

“And to be fair to the insurance companies, both parties want to engage in discovery or the exchange of information and assess

the strengths and weaknesses of each side’s case,” he adds.

Walker says that 95% to 98% of all cases settle “either before a suit is filed or after, or even on the eve of trial.”

The ones that don’t, go to a jury. This will cost more in legal fees and will take longer, so a settlement is typically preferable.

Many personal injury attorneys work on contingency, including Walker. This means that you don’t have to pay your lawyer until you’re paid by the entity you are suing. Walker says the standard is for the lawyer to receive one-third of the settlement, and that the amount of a settlement can vary wildly.

How to afford the bills

You may have a hard time keeping up with the legal fees and medical bills, on top of your everyday bills that can’t go ignored. If so, consider using a personal loan to help relieve some of the financial burdens.

Quickly find out what rates you qualify for without hurting your credit score. Then make sure to compare each lender to find the best one for your situation.

Heather Skyler writes about business, finance, family life and more. Her work has appeared in numerous publications, including the New York Times, Newsweek, Catapult, The Rumpus, BizFluent, Career Trend and more. She lives in Athens, Georgia with her husband, son, and daughter.