Who earns more money, introverts or extroverts? If you said extroverts, you were correct. Extroverts score higher on both job satisfaction and income than introverts, according to the results of surveys conducted in April 2015 by Truity Psychometrics. That’s in no small part because extroverts make up a majority of the American population – by some estimates as much as 74 percent. 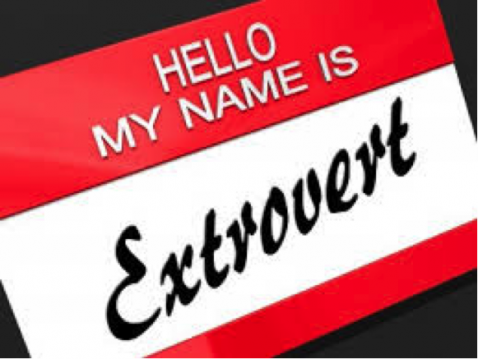 So, who really earns more?

The MBTI and career success

Traditionally, the MBTI personality test has been used by career counselors to help individuals find suitable lines of work.  But the Truity results suggest that the MBTI can actually be a predictor of ultimate career success. What the MBTI personality test and Truity survey results may actually be measuring is a reflection of the advantage that extroverts hold in the American labor market.

Extroverts are more likely to be gregarious, to enjoy networking, and project an energetic, appealing image to interviewers and co-workers. By contrast, introverts can give the impression of being aloof or even uncooperative – not to mention the fact that introverts often loathe small talk — a staple of many networking events. 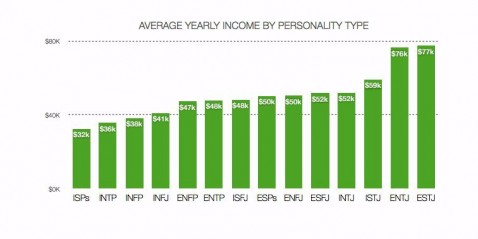 Earning more despite your MBTI category

If you’re an introvert, that doesn’t mean that you must resign yourself to low wages throughout your career. What it does mean is that you should be especially careful about ensuring that the jobs you take and the companies you work for are a good fit for how you prefer to work. Plain English translation? Don’t just grab the first job that’s offered to you unless you are truly desperate for an income.

You may also consider being your own boss. You’ll have more control over your working environment, which suits many introverts to a “T.” As an introvert, you also shine at building solid, long-term relationships and have the drive and focus necessary to see a vision through the long term – both traits that are common in successful entrepreneurs.