The Rule of 40 is a guideline heavily used in larger Software-as-a-Service (SaaS) businesses, tech companies, and venture capital to help gauge performance and guide valuations and investment decisions. It is calculated by adding a company’s revenue growth and profit margin. The idea is that if that sum exceeds 40%, it’s a good indication that the company is performing well and its performance is sustainable — i.e., it’s a healthy SaaS business.

Every industry has important metrics or key indicators that help measure a company’s performance. These metrics can be straightforward and universal (e.g., growth rate and gross margins) or complicated and industry-specific (e.g., Customer Lifetime Value to Customer Acquisition Cost, or CLTV to CAC). With so many metrics to measure, it can be difficult to know which one to use when comparing two companies.

One quick and simple option is the Rule of 40. This is a simple metric that combines growth rate and profitability. The balance between these measures is delicate; a company may inadvertently focus too much on one to the detriment of the other. The Rule of 40 is designed to combine both, and thus can help identify a company with sustainable growth and profitability.

The Rule of 40 is a performance metric often used in venture capital and technology businesses, such as SaaS companies to determine sustainable growth and profitability. This metric consists of two components that are added together: growth rate and profit margin. If the sum of these two rates is greater than or equal to 40%, then that means the company is performing at an elite level. On the other hand, if the number is less than 40%, then the company is performing at less-than-ideal levels.

There is some debate in this part of the Rule of 40 formula about which profit margin to use. Viable candidates include free cash flow, operating income, net income, and earnings before interest, taxes, depreciation, and amortization (EBITDA). Each has its benefits, and you can even use multiple values to backtest the model depending on the company’s structure. That said, the most common profit measure used in the Rule of 40 formula is EBITDA.

Once you decide on a profit measure for your Rule of 40 calculation, divide it by the company’s total revenue to get the profit margin as a percentage. Continuing from the previous example, if the company’s EBITDA is $1,300,000, you divide that by the $13,000,000 in revenue, which would give you an EBITDA margin of 10%.

Once all growth rates and profit margins have been determined, add the final two percentages and compare the sum to the 40% benchmark. In the above example, you would add the company’s growth rate of 30% to its EBITDA margin of 10%, which would give you a total measure of 40%. Based on the Rule of 40, this means the company’s performance can be considered sustainable and suitable for investment.

The Rule of 40 is an effective tool for comparing the performance of different companies. This is useful because companies in the same industry can have vastly different structures and product mixes, and they may also be in different stages of their life cycle. This means a single metric that may be highly effective for measuring one company’s performance may be useless for another company.

To give an example of how the Rule of 40 might be applied, imagine an investor is trying to decide between two different SaaS companies to invest in. Using the Rule of 40 formula, they determine that Company A has a performance measure of 20% and Company B has a performance measure of 44%. Based on this comparison, the investor decides that Company B is a healthy SaaS company, and thus is a much more attractive investment.

What is the Rule of 40 in a SaaS business?

Why is the Rule of 40 important?

The Rule of 40 is important because it provides a quick and easy way to measure the performance of fast-growing companies by combining their revenue growth rate and profitability. This measure can be used as an investment screening tool to quickly weed out low-performing companies.

Where did the Rule of 40 come from?

The Rule of 40 has origins in the venture capital world, where it allowed firms to quickly and simply measure the performance of companies targeted for investment.

Jim Cramer’s Rule of 40 is similar to the traditional Rule of 40 but with one additional metric: valuation. Cramer posits that if a company’s stock price (valuation) is too high, it doesn’t matter how fast it grows or how profitable it is because an investor could still lose money on it.

Instead of using a standard benchmark of 40%, Cramer recommends multiplying the company’s price-to-sales ratio by five. Cramer’s Rule of 40 uses the following formula:

What is a good SaaS margin?

That depends on which margin you’re using — gross, net, EBITDA, operating income, free cash flow, etc. — and what stage the company is in. A good gross margin for a SaaS business would be in the range of 65% to 80%. However, it is common for early-stage SaaS companies to have a negative net margin.

What is a good EBITDA margin in SaaS?

The median EBITDA margin for publicly traded SaaS companies is around 37%. This could serve as a good starting point for a SaaS business. However, it may not be an appropriate benchmark for an early-stage SaaS company, as many public SaaS companies are mature SaaS businesses and are already at scale.

Whether you want to invest in software companies or you’re looking to expand your portfolio, you’ll need a good brokerage account to manage your investments. If you’re not sure where to start your search, SuperMoney can help. Check out our beginner’s guide to investing, then use our comparison tool to find the best brokerage for your investment needs! 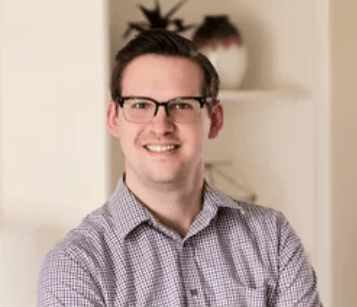 Chip Stapleton is a Series 7 and Series 66 license holder, CFA Level II candidate, and holds a Life, Accident, and Health Insurance License in Indiana. Chip received his Bachelor’s in Saxophone and Physics from the Indiana University Jacobs School of Music in 2008. During his time there, he honed his mathematical and analytical skills. He received his Master’s in Music Technology from Indiana University Purdue University—Indianapolis in 2010, where he was a Graduate Assistant. He is a financial advisor who enjoys the opportunity to train, develop, and support new advisors to build their own practices and help their clients achieve their goals. This included helping with case design, product knowledge, investment analysis, investment recommendation, portfolio construction, asset management, financial statement analysis, business planning, and business exit strategies.