Before 1976, student loans were fully dischargeable through bankruptcy, just like most other forms of unsecured debt. But between 1998 and 2004, bankruptcy petitions increased from just over 1 million to 1.6 million annually, according to FindLaw.  The prevailing belief was that a large number of individuals filing bankruptcy petitions did so because of convenience rather than because they were actually unable to pay their bills.

With the financial crisis and the ongoing sluggish economy, attitudes have shifted. Many commentators are now calling for changes in the bankruptcy code to make it easier to discharge student loan debts through bankruptcy. Among the most vocal advocates for this change is the Consumer Financial Protection Bureau.

Costs to Individuals and the Economy of Student Loan Burdens

The burden of student loans not only represents a drag to borrowers, but to American society.  Students carrying heavy student loan debts are often prevented from pursuing careers in sorely needed areas such as teaching because of low pay.  The number of small businesses is reduced because borrowers lack the means, the will, or both to pursue entrepreneurial ambitions. In addition, students who spend the bulk of their working careers paying off their student loans have less time to save for retirement, ultimately leaving the burden of caring for them during their later years largely to society.  Allowing students to discharge their loan obligations through bankruptcy could recharge the economy, according to the Motley Fool.

Students carrying private student loans face additional burdens, according to the CFPB. Federally guaranteed student loans include flexible options for borrowers in distress to avoid default, including deferment, forbearance, reconsolidation and discharge, described in more detail below. But private student lenders frequently refuse to negotiate repayment options at all, driving many distressed borrowers into default. Allowing borrowers to discharge private student loans through bankruptcy would give lenders an incentive to work with students to repay their loans instead of facing the prospect of potentially receiving nothing.

The Bankruptcy Abuse Prevention and Consumer Protection Act of 2005

Changes in the law that made it more difficult to discharge student loans in bankruptcy began in 1976. The first set of restrictions prevented student loans from being discharged during the first five years after repayment began.  Beginning in 1996, laws changed to allow Social Security payments to be garnished to repay student loan debts. As of 2001, up to 15 percent of a petitioner’s Social Security and other retirement payments could be offset to cover student loan obligations.

The most fundamental changes in the law occurred with the passing of the Bankruptcy Abuse Prevention and Consumer Protection Act of 2005, also known as BAPCPA. Signed into law by President George W. Bush, BAPCPA essentially eliminates the possibility of discharging student loans through bankruptcy. While technically possible, meeting the burden of demonstrating that the requirement to repay his or her student loans would represent an undue hardship, is extremely difficult to meet.

Two of the most common tests applied by courts since the passing of BAPCPA to determine if student loans are dischargeable are the Brunner test and the Totality of the Circumstances test. The Brunner Test takes its name from Brunner v. New York State Higher Education Services Corp., 831 F.2d 395 (2nd Cir. 1987). The Totality of the Circumstances test is largely drawn from In Re Zaporski 366 B.R. 758 (2007).

The Brunner test consists of three elements, known as “prongs” in legal terms:

By contrast, the Totality of the Circumstances test examines a petitioner’s entire financial picture. The determination is made based on whether the petitioner’s financial circumstances justify discharging their student loans. The Totality of the Circumstances test is also used to determine whether the presumption of abuse should apply to a Chapter 7 bankruptcy petition. It’s important to note that “abuse” does not automatically imply dishonesty.  It simply means that in the court’s view, a petitioner is not entitled to a Chapter 7 discharge. 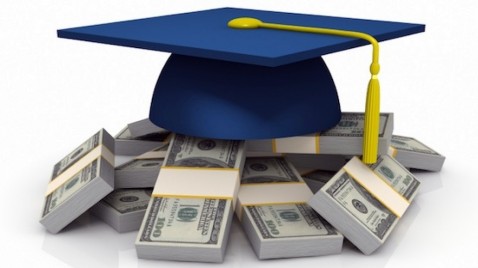 Since BAPCPA went into effect, students facing difficulty in repaying their student loans have only limited options for avoiding default.  Four of the most common options are deferment, forbearance, reconsolidation and cancellation. Depending on their circumstances, borrowers may utilize more than one option.

Deferment suspends the requirement to make payments. When debtors re-enroll in an eligible higher education or internship program, student loan interest charges are also suspended. Otherwise, interest is usually added onto the principle during deferment.

Forbearance is based on financial hardship, such as unemployment. Forbearance also suspends the requirement to make payment, but usually applies for a set period of time, typically for no more than 6 to 12 months. Interest charges continue to accumulate during forbearance.

Cancellation allows borrowers to be released from repaying some or part of their loans. One way students can earn cancellation is by taking positions in certain professions such as teaching in economically disadvantaged areas. Loans that have been reconsolidated may also be cancelled after a set number of years even if they have not been repaid.

Advocates like Democratic Sen. Elizabeth Warren of Massachusetts have been vocal in calling for student loan reform. But Republicans in both houses of Congress have largely refused to consider the issue. With both the Senate and the House controlled by Republicans beginning in 2015, it is unlikely that changes in the bankruptcy code allowing student loans to be discharged will occur anytime soon.