Tax fraud is a serious matter. If you are accused of tax fraud, you face violations of both the Internal Revenue Service and the United States code. The penalties can be severe and include both jail time and financial penalties.

By understanding what tax fraud is and how the IRS detects cases, you can avoid the consequences that come with being charged of defrauding the government. Let’s take a closer look at some of the common questions about tax fraud and the difference between tax fraud and tax evasion.

When it comes to tax fraud, there are complex legal issues at play that all players must understand. For instance, how does the IRS define tax fraud? What red flags does the IRS use to detect fraud? What are the penalties of fraud?

What Is Tax Fraud? 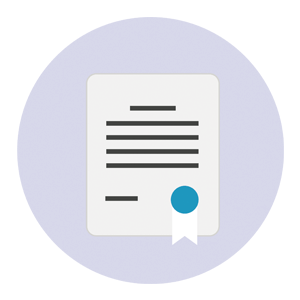 Tax fraud is a broad term that describes violations of Title 26 of the IRS code and Title 18 of the U.S. criminal code. The key determination of tax fraud hinges on taxpayers’ intent to defraud the U.S. government by intentionally not paying taxes that were due.

Proving tax fraud is, in general, very difficult for the federal government to prove. The burden of proof lies with the prosecution. The government must show clearly to the court that a taxpayer defrauded the government intentionally out of owed tax revenue.

Given the complexities of the IRS tax code, it is challenging to demonstrate that a taxpayer knowingly committed a fraudulent act. A taxpayer with a reasonable argument for why he or she did not pay owed taxes is likely to beat a tax fraud charge. Instead, frequently the IRS pursues civil charges for underpayment of taxes, which carry a lower burden of proof.

Related: What To Do When You Are Audited by the IRS?

How Does the IRS Detect Tax Fraud?

IRS auditors look for what are called badges of fraud when looking for deception. When conducting an audit, examiners expect to find minor errors, often due to the complexities of the federal tax code. In these cases, errors can be corrected, deductions denied and unreported income added. These adjustments often result in a new tax liability, along with possible penalties and interest.

Such errors are not considered “badges of fraud” but are instead deemed to be common mistakes made by honest taxpayers intending to pay what they owe.

There are certain badges of fraud that are red flags.

Income – During an audit, an inspector will ask for copies of all bank statements from all accounts. Inspectors will match up deposits on those statements with declared income. If there are deposits that do not appear to be a part of income, there may be an issue.

Spending Habits – The IRS also looks at your spending. If your expenses are adding up to considerably more than your reported income, the auditor is apt to suspect that income is hidden and unreported on a tax return.

Questionable Deductions – Your deductions are likely to come under scrutiny too. Whether business expense deductions, personal deductions or charitable contributions, these write-offs need to be clearly documented. If not, an overstatement of deductions may be questioned by IRS officials. Trying to claim personal expenses as business deductions is another problem area that is likely to compel an auditor to dig deeper.

Self-Employment Scrutiny – It’s important to keep a clean set of books, and only one set of books, to avoid unwanted auditor activity. There are many of badges of fraud in self-employment situations, including backdated documents, postdated documents, false entries or fake invoices. Records that do not match the revenue and expenses in your business bank account are another bad indicator.

Body Language – The auditor will also examine your body language during an audit. Evasive answers, a lack of eye contact, poor preparation or being caught in a lie leads only to more problems. It’s best to always tell the truth during an audit.

How Can You Avoid Tax Fraud? 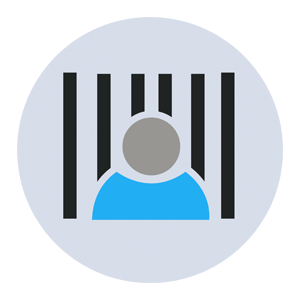 As the taxpayer, you are ultimately responsible for all returns filed (or not filed) on your behalf. By using some common sense and care, you can avoid committing tax fraud.

The responsibility rests with you whether you submit the return yourself or use an external tax preparer. Be wary of tax preparers who promise returns that are exceedingly more than you have received in previous years. Be sure to check the references and experience of any potential preparer.

Never sign blank tax forms and make sure that you are submitting the proper forms.

Make sure to keep accurate records, insist on checks or credit cards for payment instead of cash, and be sure to keep records of every item indicated on the tax return, from income statements to charitable contributions. If you need to make manual calculations, save the worksheets (and check your math!).

If you are self-employed, audits are likely to be less rigorous if you have careful records kept in a commonly used accounting management software product.

What Are the Chances of Getting Caught with a Tax Fraud?

CNBC reports tax fraud is expected to reach $21 billion this year, up from just $6.5 billion two years ago. The IRS itself admits that its fraud-detection systems are outdated and ineffective. This amount includes intentional fraud as well as identity thieves that create fake W-2 forms and swindle individuals and the government.

Budget cuts and regulations prevent the IRS from being as efficient as it wants in finding tax fraud. For example, the IRS’ IT budget recently faced a $200 million cut.

Given that such a small percentage of taxpayers are investigated in any given year, it’s highly unlikely that most people will ever face tax fraud allegations.

What Are the Penalties for Tax Fraud?

That said, while the risk is low, the penalties are significant. The statute of limitation in most cases for IRS scrutiny is three tax years. If the IRS detects fraud in one tax return, it If fraud is detected, the IRS is likely to audit all three eligible tax years. If the IRS determines fraud is constitutes more than 25 percent of your income, the IRS can extend the threshold to six years from the statutory three. Penalties and interest can be assessed in any previous year in which fraud is detected.

For those convicted of criminal tax fraud charges, the penalties are significant. Sentences can include up to three years in prison, a fine of up to $250,000, or both. In addition, charges of conspiracy to commit fraud can lead to up to five years in prison, up to $250,000 in fines, or both. Careful record keeping can help reduce the risk of problems with a Tax Audit.

Also read: How To Get  Tax Relief for Unpaid Back Taxes

What’s the Difference Between Tax Fraud and Negligence? 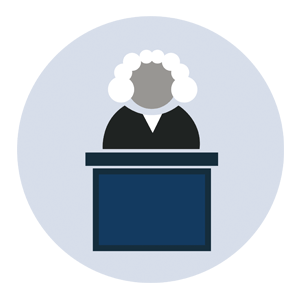 People sometimes mistakenly assume that tax fraud and tax negligence are the same thing. There are important differences. As noted above, the determination of fraud often has to do with intent.

Auditors recognize that there are a lot of complexities to the tax code and that honest people make honest mistakes. Auditors are trained to discern the difference, though oftentimes, courts need to make the determination.

The penalties for negligence reflect this difference in intentionality. A negligent mistake may result in a 20 percent penalty on your tax bill. While that is not small potatoes, it pales in comparison to the 75 percent penalty that can be levied in a civil finding of tax fraud.

How And Where Can You Get Help?

Tax fraud is a significant matter that usually requires professional assistance. In some cases, outside tax preparers provide services if you are audited. However, allegations of fraud are another matter and, usually, require the assistance of a qualified and seasoned tax attorney. Such professionals have experience in interpreting IRS tax code, are familiar with the courts and relevant laws, and are experienced in interacting with IRS auditors and attorneys.

When it comes to tax fraud, the intent is an important factor. Honest taxpayers may make mistakes on returns that are questioned during an IRS audit. Tax fraud, however, is a much more serious allegation and involves intentional deception designed to skirt the owed tax liability through the concealment of income, inaccurate exemptions, or deceitful record-keeping. The penalties for tax fraud are severe and may include prison time and steep financial penalties.