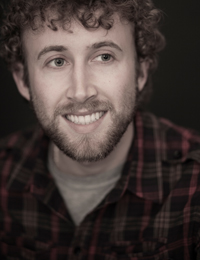 Back in 2005, Kyle was enjoying life and by his own accounts, wearing awesome t-shirts all the while. He had good ideas and big plans, but his cash flow was less than optimal. So after a bit of procrastination—waiting until the perfect time to implement his plan—he decided to take action.

Now you might be thinking that his plan included starting a business, or launching a much anticipated website, or meeting with private investors for an invention that would change the world as we know it, but that was not quite the plan that Kyle had in mind. No, his plan was a bit more subdued than any of those; he was going to list a red paperclip on Craigslist with the hopes of trading it for something bigger or better. And he did. After a series of 14 trades, he ended up with a house. Yes, you read that correctly—he traded a red paperclip for a house.
After listing the paperclip on Craigslist, in the barter section, Kyle created the following post on his blog regarding his plan:

This might not surprise you, but below is a picture of a paperclip. It is red.

This red paperclip is currently sitting on my desk next to my computer. I want to trade this paperclip with you for something bigger or better, maybe a pen, a spoon, or perhaps a boot.

If you promise to make the trade I will come and visit you, wherever you are, to trade.

Hope to trade with you soon!

PS – I’m going to make a continuous chain of ‘up trades’ until I get a house. Or an Island. Or a house on an island. You get the idea.

At first, MacDonald recounts that most of the people responding to the trade thought it was a joke. But after a couple days, he did find someone willing to trade that red paperclip for a fish-shaped pen. And that, was the start of his great-trade adventure to get something bigger or better. So let’s take a look at his trades (and travel) on this journey:

On or about July 5, 2006, he traded the movie role for a two-story farmhouse in Kipling, Saskatchewan.
MacDonald summarizes this amazing adventure that he and his girlfriend Dom, went on by synopsizing some of the best parts on his blog:

Over the year of trading I met hundreds of awesome people, made many new friends and tried out new things. You get the idea. The experience was incredible. Some of the more ridiculous highlights:

Everything has to start somewhere, and the most important trade was the first, when I traded away the red paperclip. If I hadn’t tried the idea out, I’d just be a guy with a red paperclip on his desk and the adventure would’ve never happened.

I have since donated the house to the Town of Kipling, where along with the World’s Largest Red Paperclip, it is a major tourist attraction and community asset.

The moral of the story is don’t be afraid to try something new or to take a risk. Follow through with your ideas and dreams. You just never know how big that small idea can grow—like trading a red paperclip for a house.

Ready to start something big? Check out our reviews of the best Crowd Funding organizations!