Every taxpayer knows that being audited by the Internal Revenue Service (IRS) is a risk. But just how far back might one of these audits go? Is it 3 years, 6 years, 10 years, or as far back as they want? This article will tell you. It will also help you make sure you’re well prepared in the event you do get audited.

An IRS tax audit is never fun and can be very stressful. As a result, many people wonder, “How far back can the IRS audit?”

The answer depends on the individual circumstances. Broadly speaking, though, an IRS tax audit will be within 3 years or 6 years of a tax return from the filing date. However, in some cases, the IRS can go back indefinitely to audit accounts and tax returns.

The most common IRS audits are done for a tax return filed in the past 3 years. However, within this audit subset, the majority of tax audits are from the past 2 years. So, the IRS has a preference for engaging in an audit of recently filed returns.

Generally, the IRS can include returns filed within the last three years in an audit. If we identify a substantial error, we may add additional years. We usually don’t go back more than the last six years.

The federal statute of limitations and tax law limit how far back an IRS audit can go. Generally, this means the agency can execute audits up to three years after taxpayers file their tax returns. So, for example, if you filed on April 15, 2021, the IRS could audit your tax return until April 15, 2024, three years later.

That said, the Internal Revenue Service can and will go back further than three years. In some cases, they can extend the audit to look at tax returns six years old.

For example, if the IRS suspects tax evasion or you leave out 25% or more of your income when you file, the IRS can audit you beyond three years.

Another example of when the IRS may go back further is when taxpayers have offshore and foreign income. This is particularly true if you omit $5,000 or more of foreign income from your return.

In these cases, the statute of limitations or time limit can be extended. You can then be audited up to six years from when your original tax return was filed.

In some instances, the IRS may ask taxpayers to voluntarily extend the statute of limitations. Why would a taxpayer agree to provide additional time for the IRS to audit an account or return?

The taxpayer does have the right to refuse the request to extend the time limit. But doing so might have consequences. The IRS may proceed with the audit on its current information. This will typically yield a bad result for taxpayers.

Consenting to an extension is often the right course of action in many IRS tax audits. Even so, there are occasions when it is better to wait out the statute of limitations. Before consenting to an extension of the statute of limitations, discuss the facts of your case with a tax attorney or a tax relief company that hires tax attorneys and enrolled agents.

The IRS must assess your tax return within three years (six years if you fail to report 25% of your gross income) of the due date of the return. However, the IRS does have a maximum 10-year period to collect tax debt from taxpayers after an audit.

IRS audits without a time limit

IRS audits that go back further than 6 years are largely because the statute of limitations does not apply. There are two circumstances when the time to audit is limitless: unfiled tax returns and tax fraud.

Consequently, until the tax return gets filed, the three-year clock does not start. This means the IRS has many years to audit. If the return is filed late, then the statute of limitations is three years from the late filing date.

In some cases, the IRS has reason to believe that an individual has committed fraud or tax evasion. In those cases, the statute of limitations or time to audit is unrestrained. IRS agents can audit as far back as they need to with this kind of tax matter.

Examples of this would include:

Here’s the key takeaway. Sometimes the IRS suspects criminal tax fraud and wants to investigate for verification. At such times, the IRS may audit tax returns no matter how long ago they were filed. A conviction for tax fraud is a felony violation and can come with steep penalties. Penalties under federal tax law can range from imprisonment for up to three years to fines of up to $100,000.

What are the chances of the IRS giving your tax return an audit?

In general, it is unlikely. The IRS only audits 0.4% of tax returns, which means the chances of the average taxpayer being audited are 1 in 260.

That said, the chance of an audit does increase for people who are in the upper tax brackets. If your annual income is more than $200,000, you have a 1 in 38 chance of being audited.

Your chances are also higher if you filed a Schedule C. This includes business owners or self-employed workers.

These taxpayers often use their homes as their places of work and claim home office deductions. These can create audit triggers for the IRS. A self-employed taxpayer is three times as likely to face an IRS audit as those who are not self-employed.

Red Flags for the IRS

Other red flags can trigger an IRS audit. These include aggressive deductions and large charitable deductions. If a taxpayer has deductions that exceed the average for people with the same income and business type, this makes an audit more likely.

Do you know that you have a higher number of deductions than average? Then be prepared to substantiate the deductions you claim on your federal tax return. The IRS may consider your return more likely to merit investigation.

What to do if you get audited

If you have received an examination notice for an audit, it can certainly be stressful. But remember, an IRS tax audit does not mean you have made a mistake or done anything wrong.

Some audits result in refunds to the taxpayer. Some end with an acknowledgment of the original return without any modifications.

When are such positive outcomes most likely? When individuals who are being audited consult tax professionals to represent them. It also helps to learn as much as you can beforehand about audits and how to deal with them.

Get Tax Help From Experts

Find out if you qualify for an IRS hardship program and get free, competing quotes from leading tax experts.

Do not ignore it

If you are the subject of an IRS audit for a tax return, do not ignore it. Be responsive and arrange a review after you receive your notice. An IRS audit can be quite serious if left unaddressed for at least two reasons. First, the length of time needed to request extensions can add to interest charges. Second, the IRS can impose penalties.

Not every tax audit is the same. An IRS audit can be quite simple and even result in an additional refund if the tax return shows the IRS to be in error.

In these cases, you can expect an IRS audit to include a session where you go to an IRS office. Such sessions typically last a couple of hours. The IRS agent will ask questions about any issues with your tax return. Questions may cover your income, deductions, or other matters.

In a case where a taxpayer made some errors on a tax return but otherwise did little wrong, audit results are usually not that unfavorable. This is especially likely if the individual has a tax attorney. The IRS tax audit process typically results in some added tax. It may also result in some relatively insignificant fines.

What if your case includes issues such as a large tax debt or charges of tax evasion? Contact a tax professional as soon as possible. Failing to do so could lead to interest charges, penalties, or both.

A few questions about IRS audits get asked especially frequently. Though it involves repeating some material already covered, let’s address those questions now.

What triggers an IRS audit?

Can the IRS go back more than 10 years?

Normally, the IRS will not conduct an audit more than 3 years or 6 years after a return has been filed. However, it does have 10 years to collect tax debt from taxpayers. If it has reason to suspect tax fraud, however, it can go back more than 10 years. In fact, it can go back as far as it must to either verify or disprove the tax fraud it suspects.

Is there a time limit on IRS audits?

The standard statute of limitations is 3 years from when a return is filed. The IRS may extend this, with taxpayer approval, to 6 years. The extension to 6 years is for more complex returns. If a taxpayer refuses to let the IRS extend the statute of limitations, the IRS may conclude its audit with incomplete information. This could have negative consequences for the taxpayer.

If the reason for the audit is that the IRS suspects tax fraud, there is no time limit.

How long can the IRS wait before auditing a tax return?

In most cases, an IRS audit will follow the standard three years statute of limitations on tax-return audits. Extending the statute of limitations is possible in a more complex tax situation, however. Two examples of complex tax situations are when income may have been omitted and when a taxpayer has foreign income. In these cases, the IRS can audit six years from the date of the tax filing at issue. That is, the agency can audit returns filed as far back as six years before the date of the audit.

Additionally, there is a situation where the IRS can audit with no time restriction. That situation is when the IRS believes there are tax issues like fraudulent activity associated with a return. Criminal tax situations or cases of evading income tax give the IRS much more legal latitude. Its time to audit has no limit as it investigates discrepancies.

How likely are you to get audited by the IRS?

It is unlikely that you will be the subject of an IRS audit. But it is best to be prepared to justify any tax deductions or provide documentation, just in case an IRS agent does audit your tax return. This article looks in more detail to the probability of getting audited by the IRS.

This is particularly relevant if you are a business owner or have a high income. Why? Because you are at a higher risk of having an IRS audit.

Not every audit is bad or serious. Sometimes, the taxpayer has made an error on a tax return that needs to be understood, and that is what triggered the IRS to start a tax audit. Nevertheless, it is generally wise to contact an attorney or a tax relief company that hires tax attorneys to get help during the process. This is particularly true if you are unfamiliar with tax matters or your taxes are more complex. 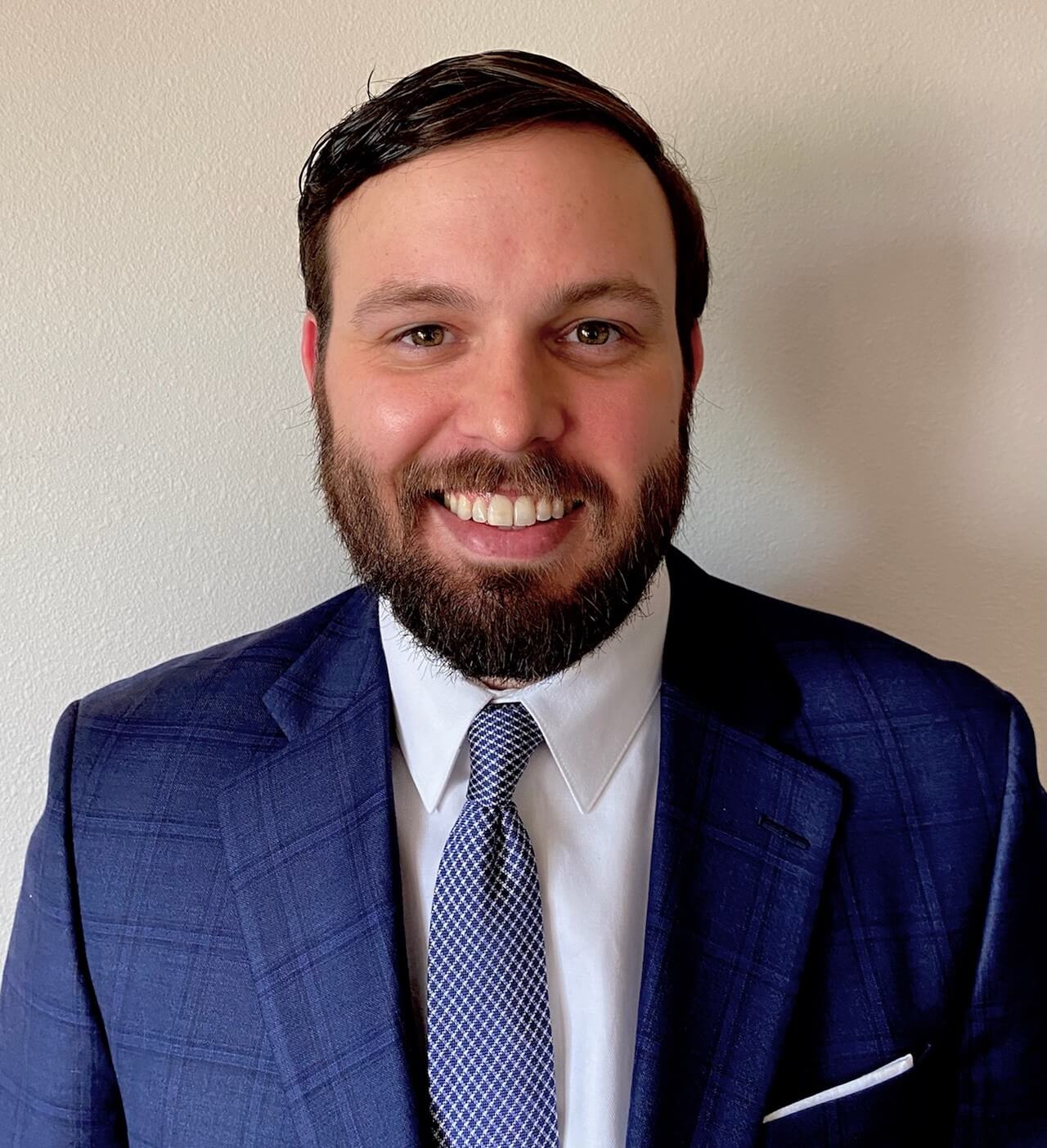 Will Morriss is a writer for SuperMoney and an expert in financial services with a Master’s in Business Administration. He has experience as a manager in sales and marketing and enjoys sharing his expertise with consumers and small businesses to help them solve problems and grow.