We’ve all done it: make a bad spending or investment decision that we regretted later. But some of us make more than just one or two poor choices with our money now and then. Instead, we make bad decisions a habit when it comes to finances. Is there a reason for this pattern of poor spending? And more important, is there a way to stop it?

There are many ways that we can mismanage our funds. Whether it’s overspending, compulsive shopping, under-estimating our monthly budget, or making poor investment decisions, we have all been guilty of mismanaging our money at one point or another. But new scientific studies are emerging that possibly show a link between our current financial state and our spending habits. 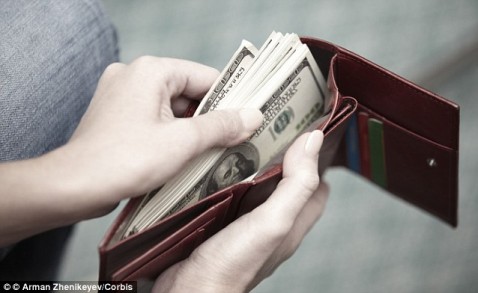 An article published in Science Magazine in August of 2013 attempts to explain how poverty can actually impede cognitive function. Their scientists conducted an experiment in which they asked a group of people to think about an important projected financial decision, like how to pay for car repairs, while testing their ability to perform unrelated spatial and reasoning tasks. Their results showed that lower-income people performed poorly when the repair costs were high, with an equivalent to a 13 point loss in their IQ score, but did slightly better when the costs of the repair were lower. Alternatively, those in higher income brackets performed fine regardless of whether the costs were high or low.

This basic study lends merit to the idea that people who are in lower income brackets will continue to make poor decisions in life, including those choices regarding money, as a result of the added stress and pressure they feel due to a lack of readily available funds. Thus, the poor will continue to be poor because of their inability to make good decisions when faced with financial difficulties.

8% of Americans are compulsive shoppers

Compulsive spending is one of the biggest and most common bad decisions that Americans make these days when it comes to their finances. According to Dr. Lorrin Koran of Stanford University, as many as 8% of all Americans might be compulsive shoppers, the majority of them women. Dr. Koran concluded that compulsive shopping is a type of obsessive-compulsive disorder, an illness that drives people to do what they do not want to do. In fact, compulsive shopping is now recognized by the American Psychiatry Association as a new illness under the category of obsessive-compulsive disorders.

So does stress about finances eliminate our ability to make good decisions? Or are our poor financial choices a result of a mental illness? Regardless of the reason behind the choices, it is important to realize that it’s not just the poverty stricken or financially less fortunate who make these bad decisions. Even the smartest and most financially successful-people in the world have made poor decisions at one point or another in their lives when it comes to money.

How you can make better financial decisions

With this fact in mind, it is perhaps more important to not focus on the reason the bad decisions are made, but rather what we can do to make fewer of them. We can do this by looking at how those individuals who are more financially successful tackle important decisions regarding money. This is perhaps the key to ending the downward spiral of bad financial choices.

One of the most important habits of financially successful people is that they do not make rash spending decisions. They carefully analyze important decisions regarding spending money and thoroughly research all possible choices. By spending this time to review all the options, they may realize an alternative to a high-cost problem or want.

Have a realistic budget

Another way to start making better financial choices is to make a realistic monthly budget and stick to it. Take the time to really evaluate each of your monthly expenses and allocate the appropriate amount to pay each of them, and maybe try a money management tool to help. Cut back on some of the luxuries you enjoy (like cable television, entertainment, etc.) and start putting some of that money into a savings account. Splurging now and then on something special you want is much easier to justify when you have money saved up to do it rather than spending money on unnecessary items when that money should be spent on necessities.

Keep the future in mind

Finally, one of the most important things that many people fail to do is to always keep the future in mind when making decisions today. People with poor spending habits most often only have the present in mind rather than thinking of the long-term results of their decisions. Planning for the future and incorporating that thinking into your everyday choices can help change your bad money management habits into good ones.