The ridiculous prices associated with the New York real estate market are legendary. Stories of couples hanging onto cramped one bedroom apartments even as their families expand with one, two or three children… Because the apartment is rent controlled. Or stories of four or even five newcomers splitting an apartment meant for one or two occupants because that’s the only way they can afford to live in the city.

The market for those who wish to buy property in the NYC’s hottest neighborhoods is fiercely competitive, impossible to navigate without the expert and expensive guidance of a broker. A story published by New York Magazine in June 2014 stated that while the housing market in many areas of the country has yet to regain its pre-bubble levels, many luxury properties in NYC have recovered nearly all of their pre-recession value. 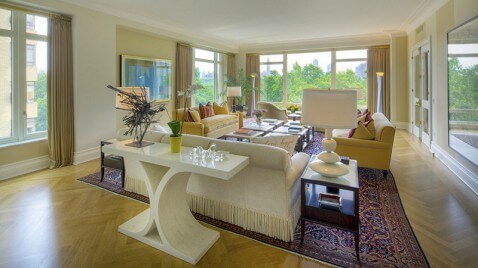 It turns out that it’s not just starry-eyed young dreamers or determined locals that are driving up housing prices. Buyers with foreign accents and plenty of money – money they frequently wish to obscure – are becoming increasingly prominent in the mix. The trend is not new. For instance, the Financial Crimes Enforcement Network (FinCEN) published a report in 2006 that illustrated a sharply rising trend in suspicious activity in real estate transactions over the previous 10 years. But the housing bust that occurred after 2008 accelerated the phenomenon.

Corcoran Sunshine, a marketer of luxury properties, estimated that 35 percent of its sales have been to buyers outside the United States, with fully half of those buyers being from Asia, the New York Magazine article reported. And according to information collected by Property Shark, nearly one-third of large-scale Manhattan condo sales were directly purchased by foreigners or obtained through limited liability companies (LLCs) a favorite strategy of foreign investors.

Some foreign buyers are seeking a fast track to the coveted green card, taking advantage of a federal program that guarantees legal resident status to foreigners who make substantial investments in this country. Many of these foreign investors are included in the ultra-rich, or individuals and households with a net worth beyond $30 billion. Many of these ultra-rich buyers sink their money into grown up toys like yachts and planes. But some savvy ultra-rich individuals also invest in real estate in global cities such as Paris, Dubai, Geneva, London – and increasingly, New York City.

One reason is that New York’s prices represent downright bargains when compared with Monaco, Hong Kong or London. And it doesn’t hurt that buyers of new construction often receive tax abatement as well. It also turns out that “investors” is often precisely the right word. Although some foreign buyers do intend to live in their pricey New York digs, it is also common for properties to be purchased, emptied, renovated and either flipped or rented to generate revenue. In fact, according to estimates from the Census Bureau, nearly one-third of apartments from 49th to 70th Streets located between Fifth and Park remain unoccupied for at least ten months of every year.

A Pied de L’Argent (A Place for Money) 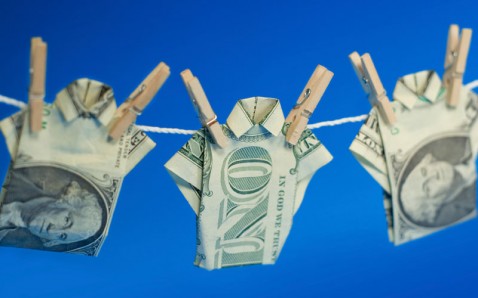 In many cases a coarser term is more accurate to describe the motives behind real estate purchases: money laundering. Discretion practiced by attorneys, real estate brokers and property developers gives much NY real estate a highly desirable attribute – obscurity of ownership to the point of being nearly impossible to trace. In an era of crackdowns by governments around the world against tax cheats, sinking money into something as solid as a New York pied à terre projects the appearance of propriety in a way that no numbered Swiss bank account could ever manage.

For their part, many New York City developers, sellers and brokers do not know and do not probe into the source of the money used to purchase high end properties. Of course, cash purchases and a desire for privacy do not in and of themselves signal criminal enterprises. Many celebrities and high level officials have a legitimate desire to maintain their privacy. On the other hand, the International Consortium of Investigative Journalists disclosed several cases where NYC real estate transactions were indirectly or directly involved with such unsavory dealings as political corruption, hiding assets from prying spouses or straight up tax evasion.

Private bankers earn their high fees not by moving money but in obscuring its actual source – its owner. Real estate provides an ideally respectable disguise in plain sight. How does it work? An LLC based in tax-friendly Delaware may be managed by a shell company in the British Virgin Islands which is in turn owned by a trust in the Isle of Man which holds a bank account in Liechtenstein. This type of elaborate setup eliminates the need to transfer a deed when a property is sold, which would create a traceable paper trail. What does this process sound like? The tax evasion trick called the Double Irish with a Dutch Sandwich.

Instead, shifting ownership of the holding company is all that is needed. Even the reporting of transactions above $10,000 as required by US law hardly raises an eyebrow when the funds are headed toward the escrow account of a real estate attorney. Best of all, transactions from offshore bank accounts used to purchase property in the States are perfectly legal. This provides an ideal cover for money that was originally generated from illegal endeavors. That money is then sifted through the sort of complex “layering” maze such as the example described above.

The practice of using LLCs to launder dirty money is not limited to the Big Apple, of course. Alvaro Lopez Tardon, the alleged leader of the notorious Los Miami drug gang in Spain, was charged in 2013 with laundering more than $26 million in drug money by using an LLC to purchase 14 condo units in South Florida. The suspicious purchases took place between 2001 and 2006, and were reportedly paid for with cashier’s checks, according to a report in Mint Press News. 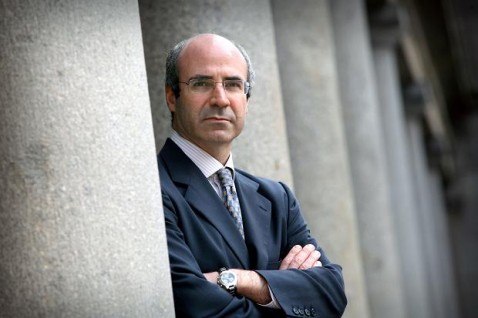 The IRS has a well-deserved reputation for diligent pursuit of revenues that are rightly owed to the agency, but surprisingly keeps no records at all of the “beneficial” owners behind LLCs. Even more surprisingly, many states have lax regulations regarding record-keeping associated with incorporation. In fact, in an experiment conducted by the University of Utah, researchers found it easier for shady “investors” to find receptive audiences in the United States than in traditional tax havens like the Cayman Islands. Only Kenya was more lax than the US, according to the New York Magazine article.

When leaks do occur, the details are often both sleazy and spectacular. One example is the ongoing case involving William Browder, an American investor whose Moscow offices were raided by Russian police. Documents seized during the raid were allegedly used to facilitate shadow transactions for a criminal enterprise, which eventually ran up phony losses totaling $230 million US, resulting in a hefty tax refund from the Kremlin.

Browder, unwilling to accept the raid passively, hired an attorney named Sergei Magnitsky to investigate. Magnitsky was promptly arrested and died in prison under unsavory circumstances. As a result of this incident, Congress passed the Sergei Magnitsky Rule of Law Accountability Act, which President Obama signed into law in 2012, which imposed sanctions on Russian officials believed to be implicated in the incident. Simultaneously, leaked bank records obtained by the Organized Crime and Corruption Reporting Project, an NGO based in Eastern Europe traced at least some of the funds from the enterprise to 20 Pine Street in New York City.

Specifically, $857,000 was transferred to a Swiss bank account owned by Prevezon Holdings Limited, presently controlled by the son of a Russian political official. A set of five units located at 20 Pine Street were included in Prevezon Holdings’ extensive real estate portfolio. But even with this extensive level of exposure the ultimate outcome of pending lawsuit by the United States to seize Prevezon Holdings’ American properties is far from certain. Prevezon’s attorneys have dismissed the charges of tax fraud, stating that the amount of money involved – under $1 million –was customary in the company’s standard business transactions. Just chump change.

Russian officials have strenuously denied any government involvement in the $230 million scam. Instead, two low-level figures were jailed in association with the scandal. In addition, Magnitsky was convicted posthumously of tax fraud in July 2013, according to an article in Barron’s.

Even beyond alleged criminal enterprises, there are troubling signs associated with the present boom in foreign buying. The “floor,” or the minimum selling price for properties to be profitable in the present housing market, is about $5,000 per square foot. That figure represents an increase of nearly one-third over the price of the most expensive properties just ten years ago. In addition, many well-heeled buyers are favoring “affordable” properties priced well under $10 million.

Economic and political instability in many areas of the world have also affected the enthusiasm of foreign buyers from those regions. Meanwhile, garden variety affluent and rich New Yorkers requiring mortgages to purchase properties often find themselves priced out of the local housing market altogether.