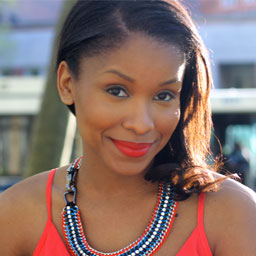 Have you ever wanted to make a change to do better, but just didn’t think you were ready enough to begin?

I’m not talking about starting a new workout plan or vowing to network more, though those are changes that take a concerted effort and some dedication on your part. But rather, I’m talking about a change of a slightly different nature, one that could not only affect you, but also your children, and your children’s children.

I’m referring to making the decision to get out of debt. It took me 11 months to pay off $13,369 of a credit card mountain (or what seemed like one at the time) on an irregular income. See instead, it was “I” who had to do the changing – mentally that is. But how was I supposed to do it when there seemed to be so much more month, than income?

I had read countless stories from individuals with “regular” 9 to 5 jobs with steady paychecks on which they could depend, managing to pay off debt; but what about the freelancer who faces irregularity as a way of life? Well, I’m happy to report that I eventually found my way. While I’m a little nervous to do so, I want to share my story (please be gentle) in the hopes of inspiring someone else. So, here we go…

How I Got Into Debt

Like most people, I got my first credit card during those first few days of college. My parents wanted to ensure I had something, at least with a small limit, in case of emergencies. But, over the next 4 years while I focused on completing my Business Degree, emergencies became more frequent. A textbook here, gas there, and by graduation, 1 card had turned into 4. From there, I immediately moved to New York City, and boy was I in for a rude awakening of what everything would cost. 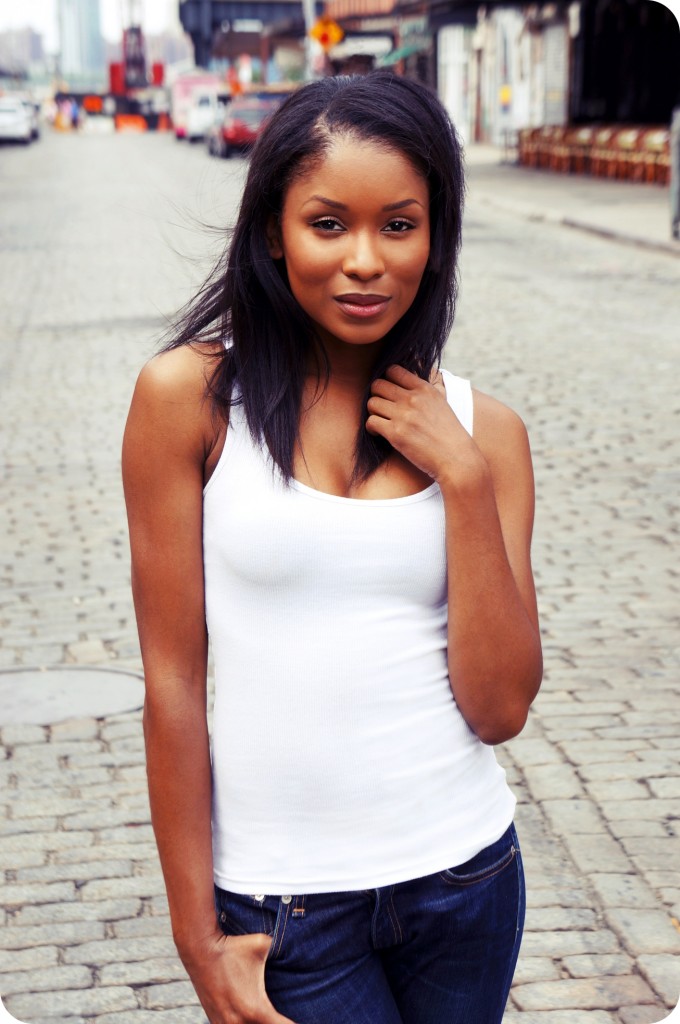 You see, I had majored in Accounting (I know, I know… of all people not to have a sound financial footing), but with moving I deviated from the seemingly safer plan – opting to do what I always wanted to do – and pursued acting instead. Meanwhile, I was taking low-paying internships to learn the business, and juggling freelance jobs of performing, writing, and teaching on the side.

As you can probably guess, I was living paycheck to paycheck. But as the years progressed, so did my desire to become better at my craft; I opted to invest in myself and enroll in a 2-year conservatory to sharpen my skills, not knowing where I’d get the money but hoping for the best. Once completed, this experience – which wound up costing about $10,000 – while life changing, taught me one very important lesson. It made me pontificate the notion that “if I could manage to save up this much money to pay someone else, I could do it for myself. Couldn’t I?”

It was also during this time at school that I met and became close friends with a girl named, Erin, a friend with whom we’d mutually share things like our aspirations, successes, and sometimes even our frustrations (which often centered around our classwork and money). But when we spoke about money, I naively assumed she and I were in the same proverbial boat: scrounging to make ends meet. However, I came to realize that Erin was somewhere else with her money, and our definitions of “broke” starkly contrasted one another.

Mine meant I’d have to get crafty with my meals until my next paycheck, whereas hers meant just her checking account was low. Because years ago she had managed to pay off ALL her debt AND amass several thousands of dollars in savings. Needless to say, I was blown away. She shared her story with me and introduced me to Dave Ramsey’s “Total Money Makeover,” and from there I was hooked.

I began to go gangbusters and wanted listen to anything I could get my hands on to aid me in my financial pursuits, adding other audiobooks like “The Millionaire Next Door,” “Think and Grow Rich” and “The Richest Man in Babylon” to my already budding iTunes library. Once I had the fuel on my fire, I was in serious need of a plan to get the ball rolling.

So, This Is How I Got Out Of Debt 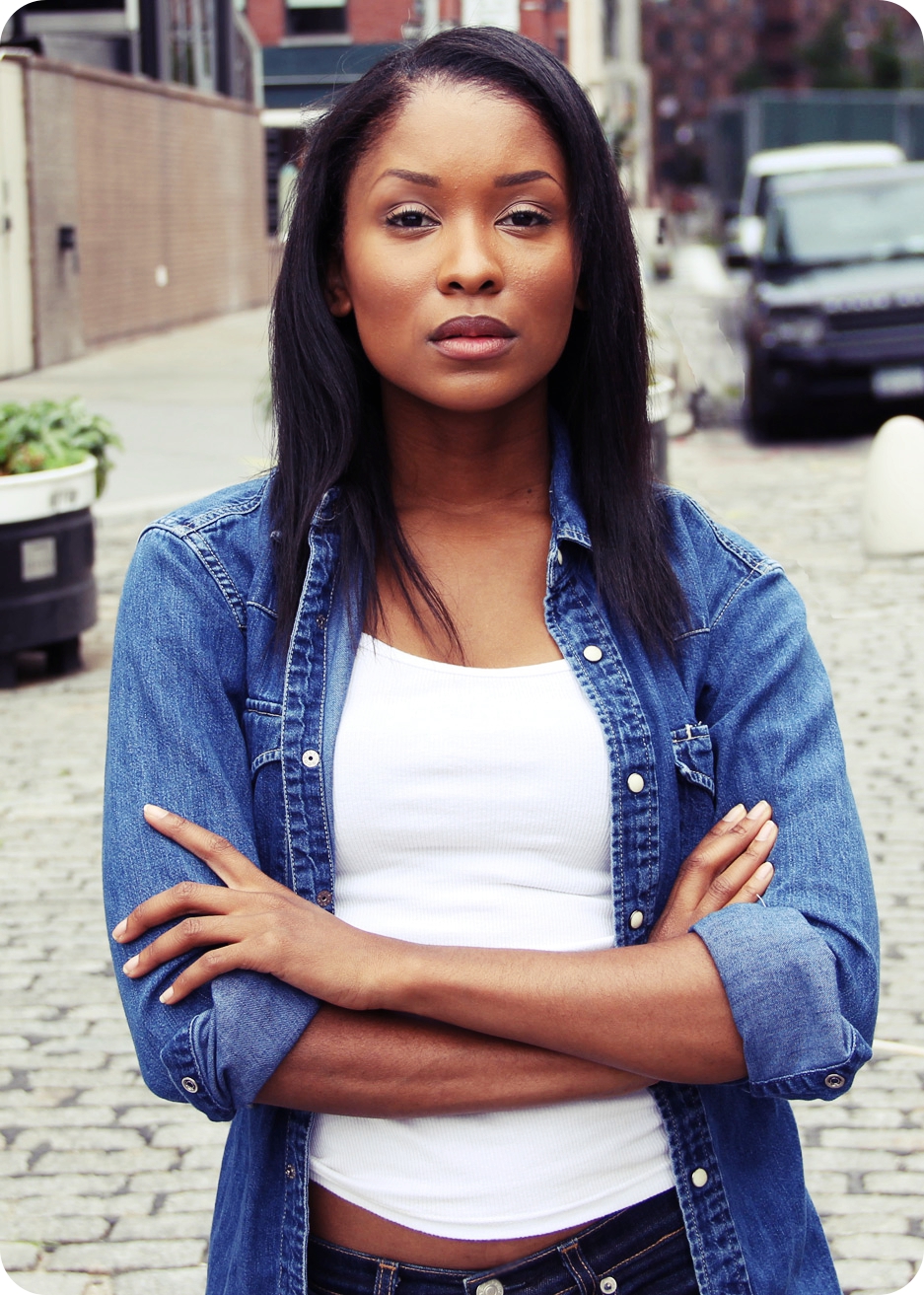 Using my credit cards is what got me in this predicament in the first place, so the first order of business was to forget I even had them. I’ll admit that things did come up along the way that set me back – like I had to buy a pull out sectional that would double as my bed – but it helped me to get in the mindset that I could only buy what I could pay for NOW. Otherwise, I would have to learn to save up for it.

Not too long before all of this I decided that if I was ever going to get anywhere financially, I was going to have to downsize. Now, for you this may mean driving a more affordable car, but for me it meant I needed to live some place altogether cheaper since my paycheck hadn’t gotten any bigger. After all, at the time I was forking over nearly $1,300 for a 700 sq. foot 1-bedroom apartment, deep in Brooklyn.

So I happened to apply to a lottery (i.e. an affordable housing waiting list for applicants who are artists), got selected, sold/gave away a great deal of my furniture (including my entire bedroom set and bed), and moved into a 270 sq. foot studio.

Now, this may sound like a huge adjustment (which it was, don’t get me wrong), but it turned out to be such a huge blessing in disguise down the road. Not only did I wind up being in a much better neighborhood, but it also cut both my commute to the city, and my rent, in half.

I couldn’t conceivably attack all of my debt at once, so I would pour all my extra resources into one, while paying the minimum on all the rest. That way, I had a feeling of accomplishment each time I would knock out a card. Once one was done, I would go after the next card with the lowest present balance…rinse and repeat.

4. Got Creative and Learn to Side Hustle


In addition to my other work, I found myself doing random gigs to generate extra cash, like helping a friend sell her new invention at a makeup convention, consigning designer clothes I had found for less than a $1/piece for a profit, pitching myself for new classes to teach, and becoming a personal stylist and shopper for friends and their referrals.

5. Designated and Forgot the Checks

Now I don’t mean literally forget about the checks. Who could do that? But, for example, I would take one of my more regular acting gigs which paid every 3-4 months (yes, sometimes it takes that long) and I would make up in my mind ahead of time where the check would go. When I did get a check from them for, say $1500-2000, I’d already know what it’d go toward.

Trust me, when you do get a paycheck, it feels like you’ve won the lottery and it gets tempting to go out and make all these purchases you’ve been wanting to. But I had to remember that I was on a mission and I had to do my best to stick to the plan.

I can’t stress enough that if I could do this, anyone can. If you’re deep in debt, unemployed or just feeling discouraged about your financial future, know that you’re not alone… And if you’re just starting the process, I guarantee you’ll surprise yourself by what you’re truly capable of–I surprised myself!

Remember, these are the steps that worked for me and everyone’s get-out-of-debt journey is unique. Tweak the steps and add new ones along the way in order to make them work towards reaching your personal finance goals. Thanks for reading, and happy debt crushing!

Ready to start your own company but need seed money to get your idea off the ground, find a business loan with SuperMoney’s business loans search engine.

Brandhyze Stanley is the chief voice of the award winning blog, Frugal-nomics.com; a platform designed to share with women how to live and look fabulous on a dime. A DIY girl at heart—Brandhyze has been featured on The View, The Early Show, The Today Show, InStyle Magazine, Essence Magazine, and MTVStyle. A Wilhelmina Model for over a decade, with a Business Degree from Loyola University Chicago, Brandhyze  has been a contributor for the Huffington Post, Yahoo Finance, Manilla, Good Housekeeping, and Newsday Westchester, to name a few.