Looking for a leg up in your career? You’re in good company.

With the price of traditional four-year colleges rising through the roof, many people are looking at alternatives to get the education they need to be successful in the workplace. Popular options include vocational or trade schools as well as bootcamps.

These options take much less time than a four-year college, with bootcamps lasting just an average of three months and trade schools as little as six months. Most importantly, they result in salaries that are generally higher than the average. Here, we look at some of the pros and cons of each:

The cost of trade schools vs. bootcamps

Trade schools are vocational colleges that offer associates degrees, not the bachelor’s degrees that traditional colleges confer. Trade schools take as little as six months to 2 years for students to complete and offer hands-on training for specific, in-demand professions, such as plumber, welder, chef, automotive technician, or nurse.

They also cost on average $33,000 per year, far less than a four-year college. Based on one estimate, for example, the total cost for attending St. Paul’s School of Nursing in Queens (the top-ranked trade school in terms of return on investment), is just $26,319.

Bootcamps, by comparison, can be an even-faster road to employment. Bootcamps are more targeted programs that last eight to 10 weeks and cost between $11,000 to $20,000.

Coding bootcamps, for example, offer training for students to become computer engineers, designers, and engineers. In many cases, it takes someone with very little or no background in these skills and trains them to get a job in the field. Bootcamps have grown explosively, soaring to nearly 18,000 graduates as of 2016, up from a little more than 2,000 three years earlier.

This explosion makes sense: computer technology jobs are set to grow 13% between 2016-2026, according to the Bureau of Labor Statistics, faster than most other professions. The median wage in the industry is $82,860 a year, much higher than the average of $37,040 for all other industries.

Given the lower cost to attend, students can finance their bootcamps through credit cards, bootcamp loans, or personal loans. Read the loan offer engine to see the best rates for online loans. 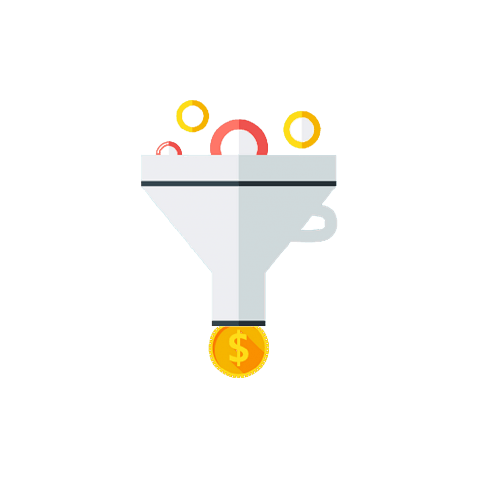 Calculate the return on investment of trade schools vs. bootcamps

As with any investment, you must consider whether your benefits outweigh your costs. Higher education is no different. So, when considering whether a trade school or a bootcamp is right for you, estimate your expected return on investment (ROI).

This requires you to calculate whether you will get more in the long run (in salary, experience, opportunity, and satisfaction) than you are putting in (factoring in the cost of tuition, time spent getting the degree, and any loans you might need).

An ROI calculator can help you do so. The rough calculation is this: (expected gain minus expected cost) divided by the cost.

You can also compare the cost of alternatives. While bootcamps cost roughly $11,400, a computer science undergraduate degree can cost more than $157,000, for example. And trade schools cost, in total, as much as just one year at a traditional college.

Salaries from trade schools vs. bootcamps

The trade schools with the highest return on investment include nursing, aeronautics, and technical institutes. Early salaries can be as high as $87,200 for healthcare professionals or $46,000 for technical engineers.

Bootcamps also see their graduates get a boost in earnings. Nearly two-thirds of bootcamp graduates say their salary increased by an average of $22,700 within six months, according to Switchup.org.

Is a trade school or bootcamp the best fit for you?

In general, trade schools have a leg up over bootcamps, because they teach skills for more professions than do bootcamps. While bootcamps tend to be computer-science focused, teaching web design, programming, and data science, trade schools can prepare you for a career in a wider variety of professions.

In fact, nursing jobs are projected to grow by 14.8% in the next decade, even more than computer science jobs, according to the Bureau of Labor Statistics.

Thus, the question of whether you are better off attending a trade school or a bootcamp depends heavily on what you’d like to study. Either can be excellent alternatives to a traditional college.

In fact, some academics and researchers believe these schools will narrow the income gap in America. They are faster and provide more practical knowledge to students ready to jump into the workplace. They are also less expensive, and though financing may still be a challenge, SuperMoney has several tools if you are considering personal loans or other financing options to help in your educational pursuit.