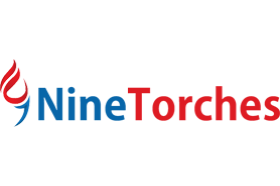 in Payday Loans from LDF Holdings

in Payday Loans from LDF Holdings

Recommendation score measures the loyalty between a provider and a consumer. It's at 100% if everybody recommends the provider, and at -100% when no one recommends.

Would you recommend Nine Torches to your friends?

Thanks for your vote!

You voted: May or may not recommend

Nine Torches is offered by LDF Holdings, a direct lender founded in 2012 and based in Lac Du Flambeau, WI. Nine Torches is available in 45 states (and Washington, DC).

What are the Nine Torches rates & fees?

These loans are meant as a short-term source of credit but if you calculate the annualized percentage rate of those fees you get rates ranging from 780%.

How much can you borrow from Nine Torches?

What do you need to qualify for Nine Torches?

Nine Torches does not require or does not disclose a credit score minimum. The minimum age to be eligible is 18 or the state minimum, whichever is higher.

Nine Torches does not have or does not disclose a minimum annual income eligibility requirement. Nine Torches only considers borrowers who are employed.

U.S. citizens are, of course, eligible for the services offered by Nine Torches. Permanent resident / green card holders are also eligible to apply. If you are a non-resident looking to access these services through an entity incorporated in the U.S., you are in luck. Nine Torches will consider you for their services.

To qualify, applicants may need to provide the following documentation:

Yes, Nine Torches will check your credit when you apply for a loan.

What is the estimated funding time for a payday loan via Nine Torches?

Nine Torches will typically provide a credit approval decision in less than an hour and fund the loan within 3 business days.

For more information on payday loans, tribal loans, and their alternatives, read this guide.

SuperMoney Disclosure: SuperMoney.com is an independent, advertising-supported service. The owner of this website may be compensated in exchange for featured placement of certain sponsored products and services, or your clicking on links posted on this website. Read more...
Editorial Disclaimer: Editorial and user-generated content on this page is not provided or commissioned by the issuer. Opinions expressed here are the author’s alone and have not been approved or otherwise endorsed by any financial institution, including those that are advertising partners.

Available in 45 states and Washington, D.C.

Would you recommend Nine Torches to your friends?

Recommendation score measures the loyalty between a provider and a consumer. It's at 100% if everybody recommends the provider, and at -100% when no one recommends.