Inflation has not been so high since 1981. To make things worse, real wages for American workers decreased by 3.0%.

The Consumer Price Index set, the most popular metric for inflation, hit a new 40-year high in May 2022. The last time inflation was higher than now was in 1981 — the year the Iran hostage crisis ended and we saw the first flight of the Space Shuttle Columbia. 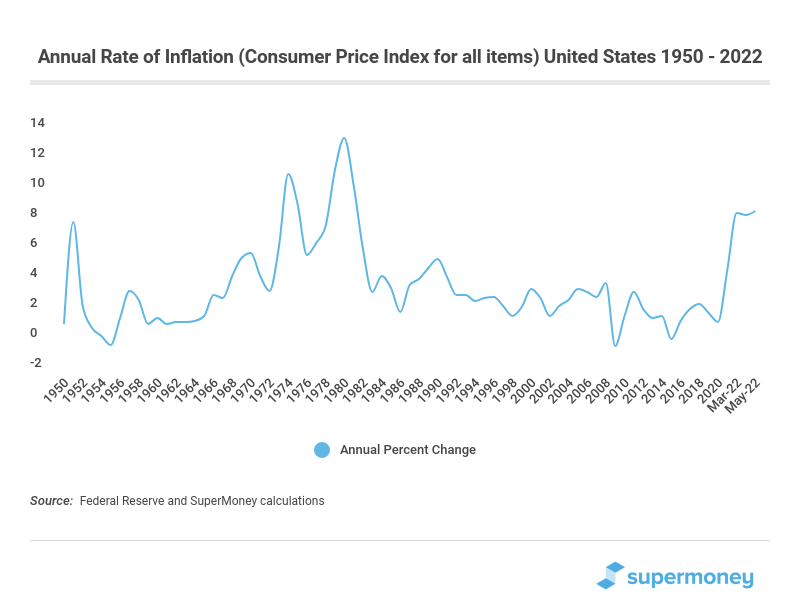 It is now clear that inflation has become entrenched in our economy and is not the transitory phenomenon some hoped it would be. It’s likely that these figures will push the Fed to further increase rates, which could nudge GDP numbers into negative territory and place the United States in a stagflationary economy.

Anybody who thought that inflation had peaked in March 2022 was…well, very wrong.

Food prices increased by 10.1% year over year in May 2022. The same goes for the average cost of all products tracked by the CPI. But energy costs are up by 34.6% and used cars and trucks are experiencing a 16.1% inflation rate.

The latest wages data are not helping things. May 2022 is the 14th consecutive month real average hourly earnings have decreased. The last time real wages increased was in March 2021.

This may surprise you because we hear a lot about how workers’ wages are growing faster than at any point since 2001. That is true, but only if you ignore inflation.

For more information on inflation and its effect on your wallet, check out our updated inflation study.