“We are what we repeatedly do. Excellence, then, is not an act, but a habit.” – Will Durant

Our habits make us who we are and, to a large extent, determine how financially successful we are. Sure, where we are born, our genes and good old dumb luck come in handy. Yet, too often we forget the cumulative importance of all the small things we do on a daily basis.

Here are 10 common habits of the uber-wealthy we can imitate and that actually helped them reach financial success. 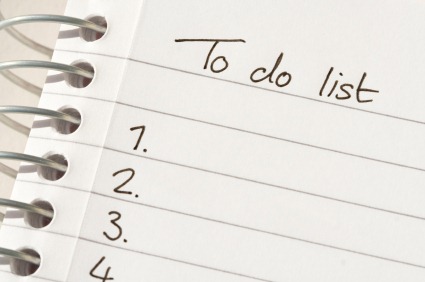 Wealthy people know that procrastination causes you to waste time, make mistakes and miss out on opportunities to generate income. Jim McCann, the author of Talk is (Not) Cheap: The Art of Conversational Leadership and the founder of 1-800-Flowers.com, is a huge fan of to-do lists. He generally keeps three lists going at any one time: one for today, a more general one for things that need to be done, and one with the major goals for the year. The key is to jot down all your ideas and think about them. But only add to your to-do list those that either need to be done today or are important enough to join your mid- and long-term to-do lists. (Fast Company)

Keep your to-do list manageable by following the “two-minute” rule popularized by productivity guru David Allen. The rule is simple, if a new job comes in and you think you can do it in two-minutes or less, do it. If you put in on the back-burner, it will either never get done or it will take longer to schedule and review than to just finish it straight away. This method helped Mr. Allen juggle all the big and small tasks required to become a successful author, management consultant, teacher and public speaker.

3. Have a Daily Exercise Routine and Eat a Plant-Based Diet

Increasing the amount of vegetables, legumes and fruits you eat will improve your health and energy levels. As Rich Roll, professional ultra-endurance athlete, explains in his book Finding Ultra, changing his diet and exercise routine helped him turn around his life from being broke, overweight and depressed to healthy and wealthy.

What is particularly encouraging about Roll’s story is that he started to make those changes when he turned 40. He still managed to build a hugely successful business and become one of the fittest men on the planet.

4. Take Time Out to Think

It’s easy to get caught into the rat race of work, family and social commitments, particularly when you’re driven to succeed in business. However, getting into a rut will limit your creativity, which will lower your chances of coming up with new business ideas. Take a few minutes every day to meditate on your goals, what you’re doing to achieve them and what you could improve.

Even when at the top of his game, Bill Gates would take off entire “think weeks” to read biographies, pour over reports from his top executives, and to think about ways to improve his business. (CNNMoney)

People don’t earn fortunes by chance. It requires hard work, determination and endurance. Warren Buffet, the fourth richest person in the world, started setting goals early on. As he describes in his biography, The Snowball by Alice Schroeder, his favorite childhood book was One Thousand Ways to Make $1,000, and at the age of 11 he announced he would be a millionaire before he was 35.

6. Be Selective With Your Entertainment

You’re not going to get rich by spending your day watching mindless reality TV shows. According to Thomas Corley, author of Rich Habits: The Daily Success Habits of Wealthy Individuals, 86 percent of rich people love reading and 88% read 30 minutes or more each day. Kudos to the 2% who read daily even though they don’t particularly enjoy it. Of course, you have to read to learn, not just for fun.

Carlos Slim, the world’s second richest man in 2014, lives a relatively rustic life and enjoys staying up late reading history books, especially on the military strategies of Genghis Khan. When you look at the ruthless techniques he has used to create business monopolies throughout Central and South America, his choice of reading material is not so surprising.

Invest freely and generously in your business but exercise Spartan frugality when it comes to frivolous luxuries you don’t really need. You may never get rich by being frugal, but you’re a lot less likely to go broke.

Even ultra-wealthy people like Mitt Romney, who has an estimated net worth of $200 million, drives a modest car, buys his golf clubs at Kmart, and once rented a U-Haul to move his stuff himself to his family’s vacation home. However, he is also renowned for handing out mind-boggling bonuses to his private equity firm’s top performers and has no problem spending money on businesses and properties that have potential for growth. (NY Times)

8. Learn to Save and Invest Early On in Life

This means you have to save for your future before you pay for anything else. Start doing it early on. If you’re already 40 and struggling financially, start now. Paying yourself first could mean putting away money for your retirement or saving for the seed money of your next business. Even small amounts can make a difference if you are consistent. Start by saving $100 every month. If you were to start when you’re 25 you would have nearly $367,000 by the time you’re 70, assuming a 7% annual rate of return. Not enough to become a millionaire, but it will certainly help make your golden years more comfortable.

Carlos Slim embodies this idea of investing early. He bought his first shares in a Mexican bank when he was 12 and only made 200 pesos a week working for his father’s business. Warren Buffet also started young. He filed his first tax return when he was 14. It was for $1,000, the equivalent of around $12,500 today.

9. Be Frugal, Don’t Be Scared Of Coming Across as Cheap

Although being frugal doesn’t guarantee you’ll get rich, unless you’re born into a wealthy family or you win the lottery, you’ll never become rich if you don’t start to live below your means. According to a 2013 report by Forbes, 68% of the 400 Americans in the Forbes Billionaires List didn’t inherit their fortunes. Many of them had to tighten their belts and focus their resources on productive endeavors when they were building their fortunes.

Take John Caudwell, an English businessman who made his $2.6 million fortune in the cell phone business. He dropped out of high school and worked as an apprentice for Michelin when his father died from a stroke. While working there he lived frugally, opened a small grocery store, sold clothing to motor bikers and starting selling used cars on the side. This allowed him to have the capital to invest early on when mobile phones first hit the market in the UK. It also allowed him to lose money every month of the first two years his telecommunications company was in business, while he struggled to get his business to take off. Even though he no longer has to be frugal he often pedals to meetings on a bike instead of using his helicopter. (BBC)

10. Keep In Touch With Friends

Staying in touch with friends will not only make you happier, it also increases your chances of building strong networks with people who can help your business grow. The key is to keep in touch with people who have achieved your goals, in this case financial wealth. According to Thomas Corley’s research, 79% of wealthy people network 5 hours or more every month.

“Shark Tank” investor Barbara Corcoran is a big believer in the importance of networking. In fact, making calls to people in her network, typically two or three a day, is the first thing on her to-do list. It helped her become a real estate mogul and now continues to help her with her angel investing firm. (Fast Company)

Obviously none of these habits will, by themselves, make you super wealthy. However, they will help provide you with the mind frame and circumstances to identify and seize big financial opportunities when they do appear. They will also give you the self-control and determination to overcome the failures and missteps that mine the path to financial success.