Unearned income is income you get from investments and other sources that are not directly related to employment. It includes investment-type income such as taxable interest, ordinary dividends, and capital gain distributions. The tax rates on unearned income are different from what you pay on earned income.

Warren Buffet, the famous investor, once remarked that he pays a lower tax rate than his secretary. Yet, he’s one of the world’s richest men! How is this possible?

You must consider the source of Warren’s income vs. the source of his secretary’s. Most secretaries, including Warren’s, receive their compensation by paycheck, which is subject to payroll taxes to fund public programs like Social Security and Medicare. Warren makes his money through many sources, including long-term capital gains. And, at least for the time being (tax laws are always changing), income from long-term capital gains usually has a lower taxer rate than income from paychecks.

To put it another way, Warren’s secretary makes money through earned income. Warren, by contrast, makes most of his money as unearned income, notably long-term capital gains. These two types of income are taxed differently.

What is the difference between earned and unearned income?

No one can completely avoid paying taxes, but not everybody pays taxes in the same way. People who work for someone else often receive compensation by paycheck. Individuals who earn paychecks produce active or earned income. People who get their money to do the work for them generate passive or unearned income. Depending on how much of each income type you receive, you will face different tax consequences.

What is earned income?

Earned income is money you actively make by doing something that gets you a paycheck for the hours you work. It’s also called active income. It includes regular wages, salaries, tips, and commissions. This category also includes self-employment income. What do these examples have in common? In most cases, they are tracked by your employer (even if that’s you) and subject to payroll taxes, including Social Security deductions.

Another expression to describe the tax treatment of earned income is to say it is treated as “ordinary income.”

Earned income is taxed through the graduated income tax system. Everything is out in the open. There is no escape.

Passive or unearned income can come from many different sources. Different sources mean there are different ways the money is taxed. One taxpayer who makes everything through earned income might be in the 37% marginal income tax bracket, while another who was the beneficiary of a large life insurance payment may owe nothing in taxes.

When most of the money you make shows up in your paycheck, it’s earned income. Hire a good accountant to learn about ways to bring your taxable income down through deductions.”

This is the tax system we have. Different types of income get taxed differently. In some cases, you can make smart tax choices that help you lower your tax liability.

What is unearned income?

Unearned? I worked hard for years to establish those revenue streams!

You’re right, of course, “unearned income” is neither fair nor accurate terminology. In many cases, calling it “earned income from productive investment” would be much more accurate. It includes dividends, taxable interest, capital gains, and rental income. If you receive any of these types of income, you rightly feel that you’ve earned it. And didn’t Warren Buffet earn his wealth through years of sound investment?

All the same, “unearned income” is the established wording. For now, we’re stuck with it. If it helps you feel better about the terminology, think of “earned” as meaning “worked for in the current tax year.” No matter how hard you worked for the money, if you did that work in prior years, and then let your money start doing the work for you, your current-year income is “unearned” for tax purposes.

Some unearned income is more unearned that others

Now, you can get unearned income in ways that don’t so clearly involve your money working for you. Retirement plan distributions, annuity payments, Social Security, unemployment compensation, and alimony fit into the “unearned” category, too. Though you’ll probably feel you put at least some work into each of these income sources, they might not all qualify as producing wealth through productive investment.

Lumping all these types of income into the same “unearned” category may seem confusing. However confusing it may seem, though, that’s how U.S. tax laws categorize your income and determine your tax liability. If you want to plan your income with taxes in mind, you need to learn which types of income fit into which categories and how each type of income will be taxed.

The issue isn’t whether you work and sweat for the income. It’s whether you’re working and sweating for it now.

Unearned income includes money you’ve made by putting your money to work for you. Long-term capital gains make you money, and the tax rate is different.”

Earned income vs. unearned income: why the distinction matters and how each is taxed

Remember how Warren Buffet famously said he pays less as a percentage in tax than his secretary? The reason this can happen is that the secretary is collecting earned income through a paycheck while Warren is making money through capital gains and dividends. Warren’s income is taxed at different rates. Some of it, like his long-term capital gains, is taxed at a lower rate. This is why the earned-unearned distinction matters: different types of income get taxed differently.

How is earned income taxed?

Earned income is taxed by the Internal Revenue Service (IRS) on a graduated scale organized by brackets. The more you make, the higher your tax rate. Once your earnings cross a threshold, the amount over that line is taxed at a higher rate. That is why the method is often described as the graduated income tax system. As your income rises, you move into different marginal income tax brackets.

These percentages might not sound high, but $418,851 brings you into the 35% bracket, and $628,301 gets you into the 37% marginal income tax bracket. With each higher bracket, the percentage of the additional earned income that you get to keep drops.

Our graduated income tax system contrasts with another way of calculating income taxes called a flat tax. A flat tax would charge a set percentage rate on all income, or on all earned income. A 2011 poll commissioned by the Hoover Institution found that most Americans did not support a flat tax. Even so, proposals for a flat tax have remained a topic of scholarly interest, as indicated by a 2019 paper in the Journal of Business & Economic Policy.

Somewhat confusingly, a 1999 Urban Institute paper by The Brooking Institution’s William Gale uses the term “flat tax” to refer to a consumption task (like a sales tax) offered as a replacement for income taxes.

How is unearned income taxed?

It depends on the type of unearned income. Usually, the tax rate on unearned income is your personal marginal tax rate. However, in some cases, such as capital gains and qualified dividends, unearned income is taxed at a much lower rate. So, it’s not as simple as adding up your income from all sources and seeing which bracket you’ve reached. Different ways of earning income are taxed differently. If in doubt about how your unearned income is taxed, contact a tax professional or use tax preparation software to work it out.

If you trade stocks or other assets and sell them within a year, you are taking a short-term capital gain (assuming you sell at a gain rather than a loss). Any profit you make is taxed at the earned-income level, which is your income tax bracket. If you hold the stock for a year and a day, then sell it, your profit is taxed as a long-term capital gain. This rate might be 15% or 20%.

To deal with the IRS, you need to be smart. Taxes are complicated. Just knowing the earned-unearned distinction won’t be enough. Many types of earned and unearned income are taxed in the same way. You need to learn the rules and exceptions.”

If learning all the rules and exceptions sounds like more trouble than it’s worth, you do have additional options. One of them is to get help preparing your taxes. The right software or human assistance can help you minimize your tax liability by maximizing your deductions and planning your income streams with taxes in mind.

Which is better, earned or unearned income?

The short answer is that it depends on your situation. Let’s look at two scenarios: a high-income worker with mostly earned income, and a retiree with primarily unearned income.

If you’re a high-income worker

If you are retired, there are compelling reasons to prefer unearned income. Several states don’t tax pensions or Social Security benefits. Your local municipality might levy its own income tax but base your payment on your earned income only.

If you are retired or about to retire, consider moving to a state where retirement benefits and some other sources of unearned income are not taxed at the state level.”

How can I get more earned income?

How can I get more unearned income?

You have more flexibility when looking at increasing your unearned income. You could trade stocks, earn a profit, and sell them after a year to secure long-term capital gains. You could invest in municipal bonds issued by your state that are exempt from taxes on the federal and state level. Or you could start collecting your Social Security benefits.

If investing in stocks is suitable for your risk profile, ask your financial advisor to invest with the objective of long-term growth. When you need money, harvest your long-term capital gains.”

What are some examples of unearned income?

How do I know if I have unearned income?

In many cases, you receive a tax reporting statement. If you own stocks at a brokerage firm, they summarize this information in a report. If you own rental property, your property management company reports on rent collected on your behalf.

How do you report unearned income?

Most of your unearned income will probably be taxed at the rate of your marginal income tax bracket. There will be a section or schedule to arrive at a net number. There are other schedules in your tax return for reporting unearned income from sources like capital gains.

How do I report my child’s unearned income?

Is money from a 401k unearned income?

Distributions from 401k retirement plans and traditional IRAs are considered unearned income but they are typically taxed at your personal marginal rate when they are withdrawn. The contributions were tax-deferred, but the withdrawals are taxable.

Roth IRAs work a bit differently. To learn more about them, read our Ultimate Guide to Roth IRAs.

Do I have to report unearned income?

Yes. The government knows about your dividends and capital gains because financial institutions issue tax reporting statements. If you fail to report any of this income, the IRS will catch this and contact you about it. 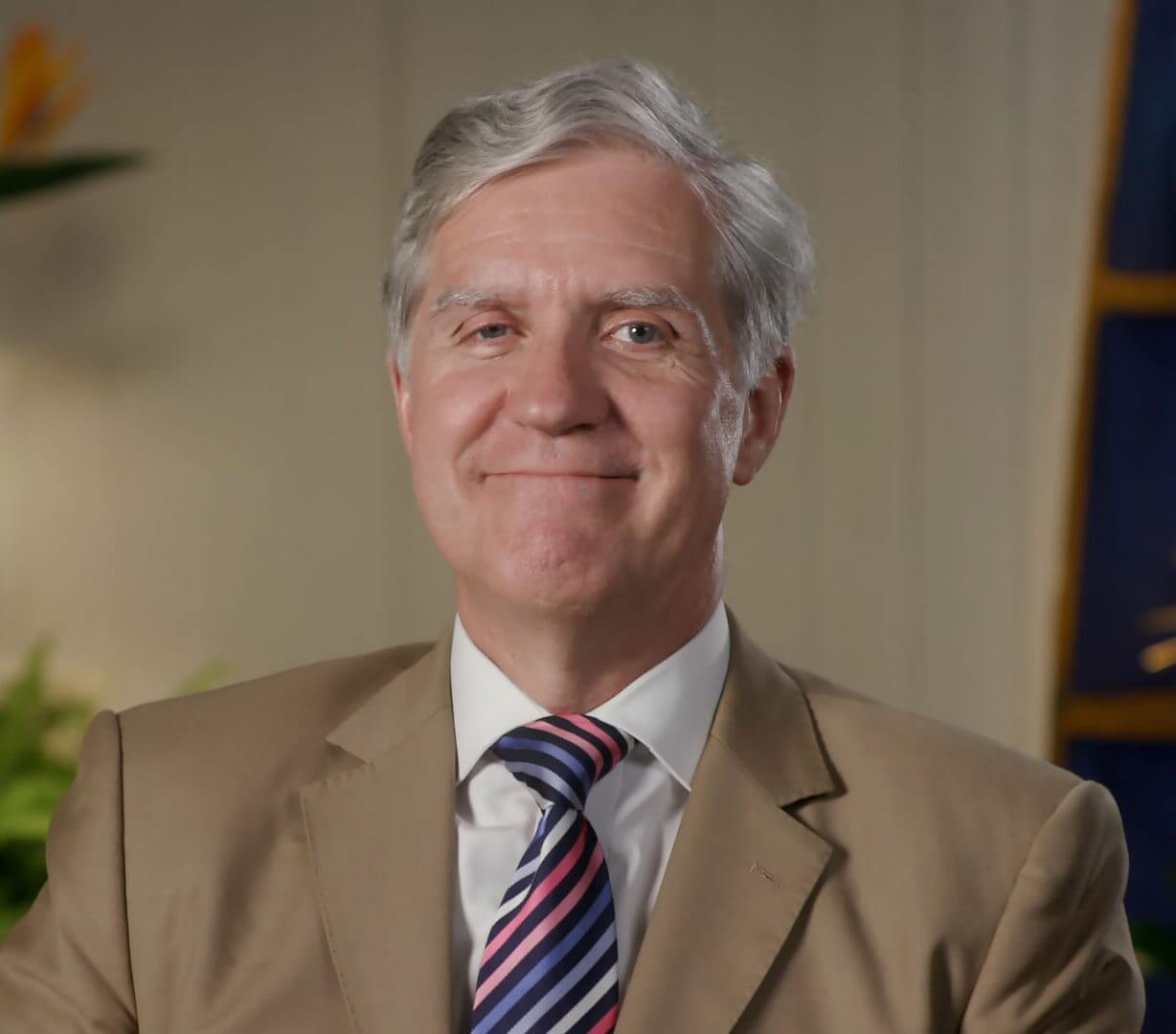